Though Robert Mugabe's decades of rule have ended, many Zimbabweans say little has changed 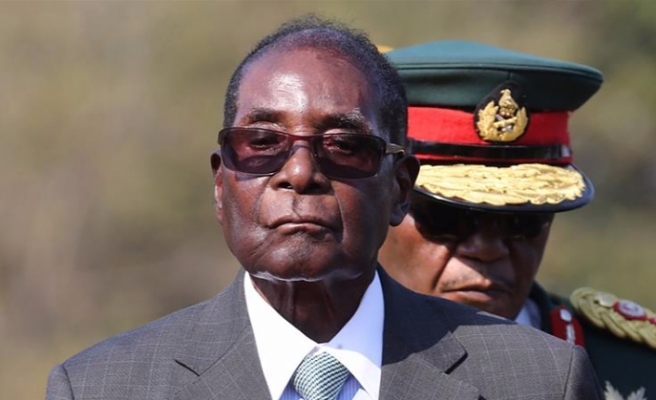 It has been a year since longtime Zimbabwean President Robert Mugabe was forced to end his 37-year rule, following pressure from the military, protesters, and looming impeachment in parliament.

On Nov. 14, 2017 tanks rolled on the streets of the capital Harare as thousands protested, calling for Mugabe's ouster, after he removed then-Vice President Emmerson Mnangagwa.

There was speculation that 93-year-old Mugabe had wanted his 51-year-old wife Grace to succeed him, an idea opposed by the army.

Mugabe was placed under house arrest, forcing him to step down on Nov. 21.

The news was greeted by wild celebrations across the country, with even lawmakers chanting and rejoicing in parliament.

But 12 months later, some Zimbabweans are disappointed, saying little has changed in their country.

“Sometimes we are faced with shortages of basic goods like bread, cooking oil, chicken and even petrol,” Happiness Anopa, a 45-year-old truck driver based in Harare, told Anadolu Agency.

He said some shops even limit how much a shopper can buy to give others a chance to also purchase similar goods.

Mnangagwa, a longtime ally of Mugabe who succeeded his former boss, promised Zimbabweans a new dawn of leadership, saying he would turn around the collapsed economy and engage the U.S. and Britain to lift sanctions imposed on the country during the Mugabe era.

Despite these assurances, challenges similar to those experienced during Mugabe’s regime still persist.

The sanctions have not yet been lifted. Long queues are a common sight at fuel stations, supermarkets, and even banks.

Most banks now restrict customers to withdrawing only $300 per week -- that is, if the currency is available.

“There are no drugs in hospitals. We are often told to buy them in pharmacies, which insist on payment in U.S. dollars,” Pretty Akona, a resident of Harare, told Anadolu Agency.

Most traders in Zimbabwe are refusing to accept bond notes introduced by the reserve bank. The surrogate currency is pegged to the same value as the U.S. dollar, which currency traders refuse to acknowledge.