The evenings events centered around the teachings of love and respect, which are highly regarded characteristics of the Prophet himself. 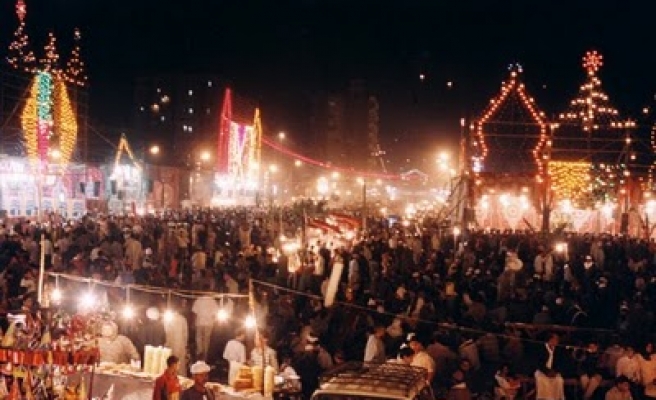 The anuual mawlid gathering in South Africa has begun with a recitation of the well known Barzanji at the Athlone Stadium which set the atmosphere for the rest of the event which saw community members of all ages come together to honour the life of the Prophet Muhammad (saw). The Barzanji is known in the Muslim world as the most important panegyric of the Prophet in the Arabic language.

The unity shown was a timely response to the recent crises created by the French satirical magazine Charlie Hebdo said event organiser Nabeweyah Malik saying that, "Here you see that Muslims are too busy celebrating love to retaliate to the recent lampooning of the Prophet”.

10,000 people prayed the Asr (mid afternoon prayer) in congregation together which was attended by many well known Muslims around the globe who also partook in the thikr, salaway and various talks throughout the evening, which was officiall opened by Cape Town Mayor Patricia De Lille whose gave words of support and thanks on behalf of the city.“In supporting events such as this, it enables us to build an inclusive city. We, the City of Cape Town give thanks to the local Muslim community for their plight in addressing the many challenges in the poorest of poor communities in the mother city".

De Lille also quoted a verse from the Holy Quran, stating that Allah is the ultimate divine light and ever present… Her opening speech received a warm applause from those attending. at the same time, resident Imam at Masjidul Quds, Sheikh Abduraghmaan Alexander urged Muslims to stand up against the recent cartoon depicting the Prophet Muhammed (SAW).

“We stand here with love and dignity in solidarity with 1.7 billion Muslims worldwide. We support freedom of speech but we do not support blasphemy. As they say ‘I am Charlie’, today, I urge you to stand up and point your tagiyaat finger and say “I am Muhammed”, and we want peace. Blasphemy and vulgarity must stop,” Alexander said.