A document confirming the switch to the APC shows signatures next to the names of 11 senators who are known opponents of Jonathan. 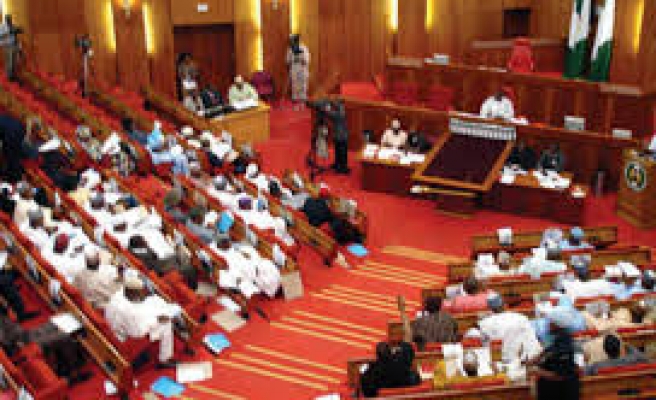 Eleven Nigerian senators have defected to the main opposition coalition, in a largely expected move but one which further weakens President Goodluck Jonathan's ruling party ahead of elections next year.

Last year, five powerful state governors and 37 members of the House of Representatives moved across to the All Progressive Congress (APC), building the greatest threat to Jonathan's People's Democratic Party since it swept to power in 1999 at the end of military rule.

A document confirming the switch to the APC seen by Reuters on Thursday shows signatures next to the names of 11 senators who are known opponents of Jonathan.

The defections are expected to contribute to the most closely fought elections since the end of military rule but the power of incumbency is strong in Nigeria and Jonathan is still clear favourite to win, if he chooses to run, analysts say.

Africa's second largest economy and top oil exporter is growing as an investment destination but political upheaval is a concern for investors, especially as elections often see a spike in government spending and a fall in oil savings.