An estimated six million people have been displaced in the north region since Boko Haram became violent in 2009. 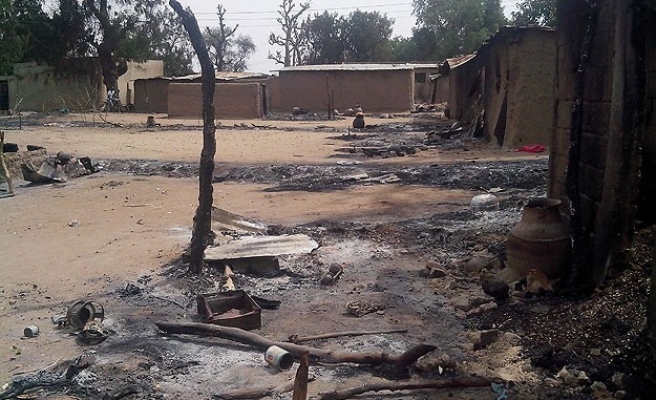 At least 116,000 people have been displaced from Nigeria's northeastern Yobe state because of Boko Haram rebellion, a coordinator for the country's emergency body said Monday.

He added that the remaining displaced are scattered in different towns and villages across the state, one of the hardest-hit by the Boko Haram rebellion.

Kanar said the government has set up a presidential committee tasked with giving succor to the IDPs.

"Items worth N500m are being distributed to these people and efforts are ongoing to sustain support for these people," he said.

He added that the items were procured based on identified basic needs of the people.

"Proper arrangements have been made to ensure direct distribution to the target beneficiaries," Kanar told AA.

Buni Yadi, a major Yobe town where over 50 college students were massacred by Boko Haram early this year, has already fallen to the insurgents.

A number of other Yobe towns have also been overrun by Boko Haram militants in their recent land-grabbing campaign.

Over the past five years, Boko Haram has terrorized Nigeria's northeastern region, killing thousands of people and destroying numerous businesses.

In the five years since, the group – outlawed by Nigeria, Turkey and the U.S. – has been blamed for numerous attacks on places of worship and government institutions and thousands of deaths.

An estimated six million people have been displaced in the region as a direct result of the violence.