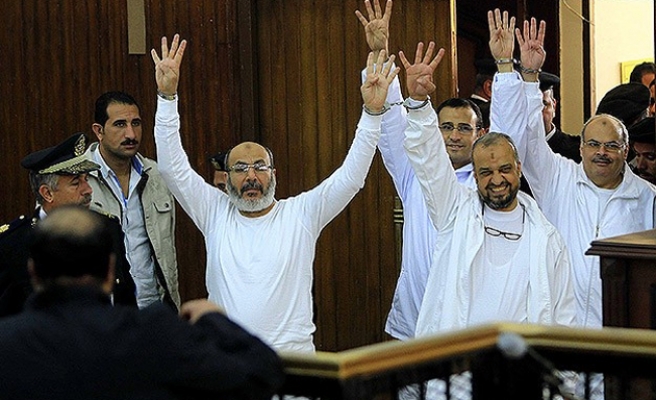 The Egyptian Interior Ministry said Sunday that it had arrested 118 Muslim Brotherhood members on suspicion of involvement in attacks on police facilities and incitement to violence over the past two days.

In a statement, the ministry accused the arrestees of attacking police facilities in the seven cities nationwide.

It added that the suspects had been referred to the prosecution.

Anadolu Agency could not obtain immediate comments from the Muslim Brotherhood, the movement from which ousted president Mohamed Morsi hails.

Egyptian authorities have been cracking down on the Muslim Brotherhood and its backers since the army's last year ouster of Morsi.

Hundreds of Muslim Brotherhood leaders and members are in custody on charges of incitement to violence.

Many of them have since been slapped with death or life sentences, including Supreme Guide Mohamed Badie.