The suspects include a top Muslim scholar, charged with murder, attempted murder and crimes against humanity. 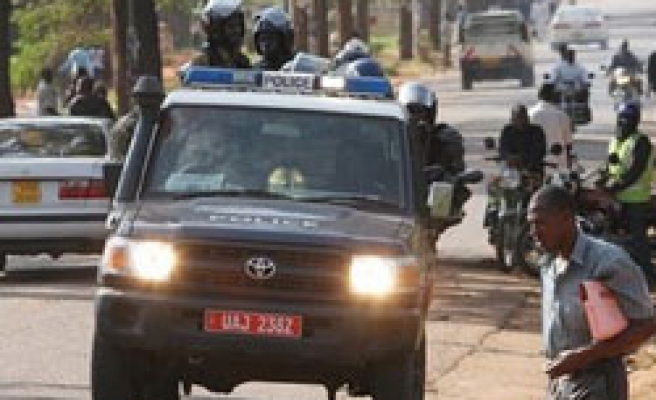 World Bulletin / News Desk
Twelve people, including a top Muslim scholar, were charged with terrorism on Thursday in connection with the murder of two Muslim scholars last December.

The suspects, including Sheikh Younous Kamoga, were also charged with several counts of murder, attempted murder and crimes against humanity.

The court remained the suspects – who are accused of the recent killing of Sheikh Mustapha Bahiga – in custody until Jan. 29, when they will reappear in court.

Kamoga was arrested on Tuesday evening – by people believed to be security operatives – and taken to an unknown location.

Witnesses told local media that he had been intercepted in Nakesero, a Kampala suburb, while driving home.

Kamoga had been accompanied by three other people in the car, all of whom were also arrested.

Prior to his arrest, Kamoga had promised to name disgruntled Muslim scholars who he claimed were giving false information to security agencies, prompting the latter to mete out torture and terror on innocent Muslims on the pretext of hunting down those suspected of murdering Muslim scholars.

The arrest comes only one day after several Muslim scholars allied to Kamoga were charged by the Nakawa Court in connection with the recent murder of Bahiga and Shiite leader Abdul Muwaya.