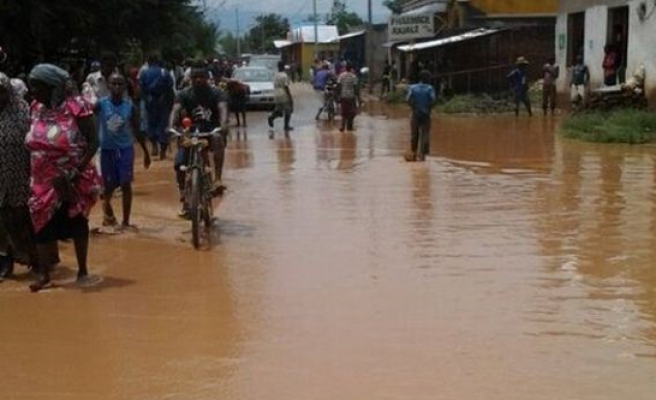 At least 12 people died and 92 were missing after heavy rains caused flooding in two villages in eastern Democratic Republic of Congo, an official said Wednesday.

"The provisional toll after torrential rain hit the villages of Bihambwe and Matanda in Masisi Territory is 12 dead, 18 injured and 92 missing," said Julien Paluku, governor of Nord Kivu province, where the villages are located.

"The rain began in the afternoon, forcing those coming back from the fields to take shelter in homes near the river. The flooding caught them by surprise," said Joseph Ndabita, a resident of Bihambwe.

He told AFP he had counted "10 bodies and (seen) others being swept away by the strong current towards the river."

"The water which came down from the mountains has caused damage," said Safari Ayobangira, a local MP, who said searches were underway to find the missing.

Most of the victims were farmers whose fields bordered the Bihambwe river which passes the two villages that lie about 50 kilometres (30 miles) northwest of Goma, the regional capital.

In mid August, at least 150 people died when a massive mudslide devastated Tara, a fishing village on the shores of Lake Albert near the country's northeastern border with Uganda.

In May 2010, a wall of mud swept through the eastern village of Kibiriga, killing 19 people and leaving 27 missing. And in 2002, about 50 people died when a wave of mud and rocks struck the eastern town of Uvira, submerging about 150 homes.