According to witnesses, nine villagers, a priest and three of the latter's followers were killed in the attack. 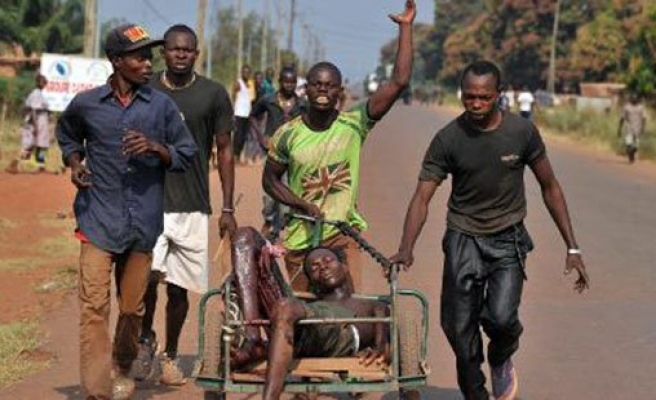 At least 13 people were killed in an attack by herdsmen on a village in the Central African Republic (CAR) on Tuesday.

"A group of Fulani herdsmen attacked villagers in Ngakobo village in revenge for an earlier attack by anti-balaka militiamen against their camp," an eyewitness told Anadolu Agency.

According to witnesses, nine villagers, a priest and three of the latter's followers were killed in the attack.

No casualties were reported among the attackers.

There has been no official comment on the attack.

Since last year, CAR has been plagued by tit-for-tat sectarian violence between Christian anti-balaka militiamen and Muslim seleka fighters.

Since last December, some 173,000 people have been internally displaced by sectarian violence while 37,000 others have fled to neighboring countries, according to the U.N. refugee agency (UNHCR).

Over 30,000 have reportedly sought refuge in the nearby Democratic Republic of Congo, while Chad and Cameroon now host roughly 5,600 and 1,000 respectively, according to UNHCR figures.