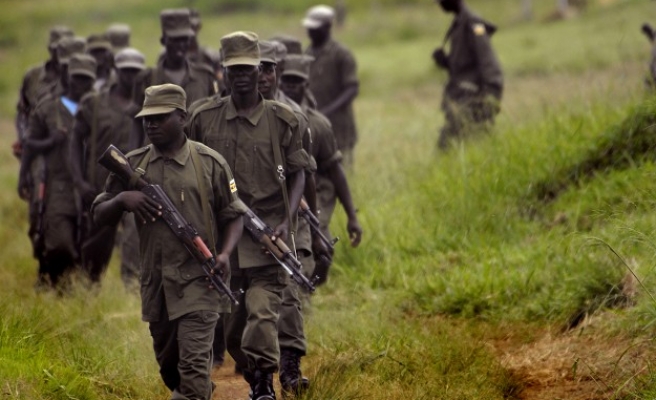 World Bulletin / News Desk
At least 13 people, including three local journalists, were killed in an ambush by the Lord's Resistance Army, a Ugandan rebel group, in the remote Raja County in the northern part of South Sudan's Western Bahr el Ghazal State.

"The LRA laid an ambush for a convoy that was being led by the commissioner of the county," Army spokesperson Philip Aguer told The Anadolu Agency in Juba on Monday.

"Unfortunately, the vehicle that was carrying civilians and journalists from Western Bahr el Ghazal and accompanying the commissioner fell into the ambush and three journalists and other civilians – including women and children – were killed," he said.

Aguer put the death toll at 13.

"The commissioner was wounded and is in hospital," he said. "This is a very unfortunate incident."

The LRA's rebellion was first launched more than two decades ago.

It is estimated that between 200 and 500 of the group's fighters have terrorized local communities across the Democratic Republic of Congo, South Sudan and the Central African Republic.

The army spokesperson, meanwhile, accused rebels loyal to sacked vice president, Riek Machar, of attacking a market in the northern part of Renk in Upper Nile along the border with neighboring Sudan on Monday morning.

"This market was being protected by only one platoon. It was at 1am when Riek Machar's rebels attacked it," Aguer told AA.

"As a result, one platoon withdrew to battalion headquarters; the SPLA command is addressing the situation," he said.

South Sudan, which became independent in 2011, has been shaken by violence since late 2013, when President Salva Kiir accused Machar of leading a failed coup attempt against his regime.

Kiir and Machar signed a deal last Wednesday to reconcile their rival factions within the SPLM in a step aimed at resolving the country's ongoing political crisis.

A fresh round of peace talks between the two warring camps is expected to be held this week in Addis Ababa.

In recent months, the two sides have held on-again, off-again peace talks in the Ethiopian capital under the auspices of IGAD, an East African regional grouping based in Djibouti.