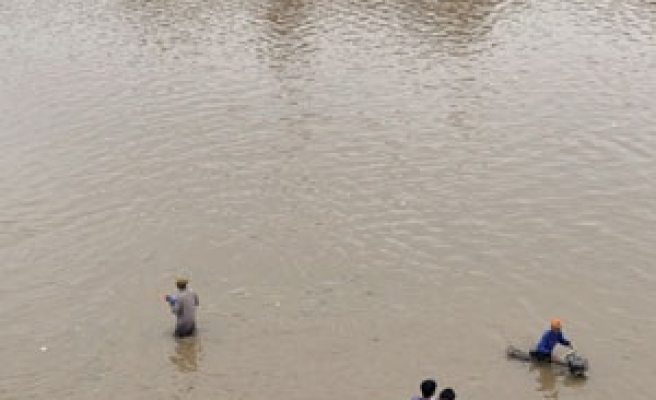 At least 14 people were killed early Friday in violent flooding caused by torrential rains in Madagascar's capital, Antananarivo, according to preliminary reports by the Malagasy government.

"The Malagasy authorities at 8am (5am GMT) issued a red alert in the lowlands of Antananarivo where there is a risk flooding due to rising levels of the Ikopa, Sisaony and Mamba rivers," the government-run National Risks and Disasters Management Agency (BNGRC) said in a statement.

Most of the capital's municipalities were told to "be on high alert, closely monitor water levels in areas at risk, and inform relief agencies if an evacuation is needed," the BNGRC declared.

"At least 14 people were killed from the floods and many others were injured," the disaster agency added.

"Since Feb. 14, torrential rains have been pouring at an average rate of 25mm to 30mm a day… [resulting in] a rapid rise in water levels in different parts of the capital, leading to flashfloods," the agency said.

The BNGRC on Thursday also warned of "landslides and the collapse of houses, which can be particularly deadly in areas of rugged terrain, such as capital Antananarivo."

Antananarivo is still recovering from damage caused by tropical storm "Chedza," which hit the island on Jan. 16 and 17, leaving 51 dead and some 130,800 afflicted throughout Madagascar.

In last month's storm, six people were killed in the capital and some 50,000 others adversely effected.

The southern region of Madagascar, meanwhile, has seen some rainfall in recent days, ending a four-month-long drought that left 103 people dead since October, according to a government report.