16 dead as army clashes with rebels in DR Congo 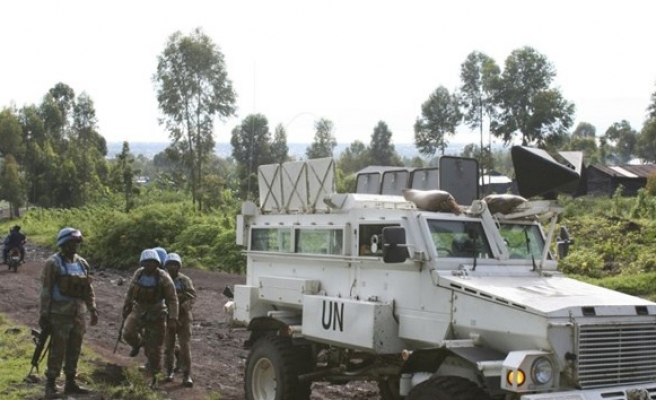 Four Congolese soldiers and 12 rebels have been killed in three days of clashes in eastern Democratic Republic of Congo, the military said on Tuesday.

"There are 12 dead among the FDLR and its allies, and four deaths among the army," he said.

The clashes took place in Mpati, about 100 kilometres (60 miles) southwest of Goma, capital of the restive North Kivu province.

Several weeks ago, police pulled out of five villages in the region which were subsequently taken over by the FDLR and the Mai-Mai, but operations were under way "to retake these illegally-occupied villages," Djike said.

The Rwandan FDLR -- the Democratic Forces for the Liberation of Rwanda -- is a Hutu group based in eastern DR Congo which is seeking the overthrow of the Tutsi-led government in Kigali.

It was formed in 1994 by ethnic Hutus, including perpetrators of the Rwandan genocide of that year who fled to neighbouring DR Congo after the bloodshed.

Among its ranks are several people wanted internationally in connection with the genocide in which at least 800,000 people were killed, mostly ethnic Tutsis.

One of them, Ladislas Ntaganzwa, who was arrested in DR Congo in December, was flown to Kigali on March 20 to face trial on charges of genocide and crimes against humanity

In February 2015, the Congolese army launched an offensive in a bid to flush out the FDLR rebels who are spread across the provinces of North and South Kivu as well as the northern sector of Katanga, where they have been wreaking havoc for more than two decades.