17 killed in airstrike in Libya's Darnah

Perpetrator of attack not yet known 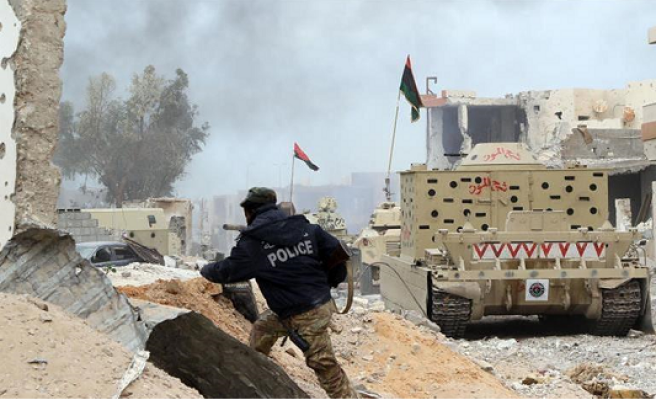 Seventeen people were killed and more than 30 wounded in an airstrike late Monday in Libya's Darnah city.

An official of Al-Huraish State Hospital in Darnah, who spoke on condition of anonymity due to security reasons, said the hospital declared a "state of emergency" and a call for blood donations was made.

The perpetrator of the airstrike is not yet known.

The Mujahideen Shura Council, which is currently in de facto control of Darnah, took the city from ISIL in 2015. Darnah is the only city in eastern Libya not being controlled by forces led by General Khalifa Haftar.

Libya has been wracked by turmoil since 2011, when a bloody uprising ended with the ouster and death of longtime leader Muammar Gaddafi.

Following Gaddafi’s departure, the country's simmering political divisions yielded three rival seats of government -- one of which is based in the eastern city of Tobruk -- and a host of competing militia groups.