In recent months, Boko Haram has seized control of several towns and villages in northern Nigeria 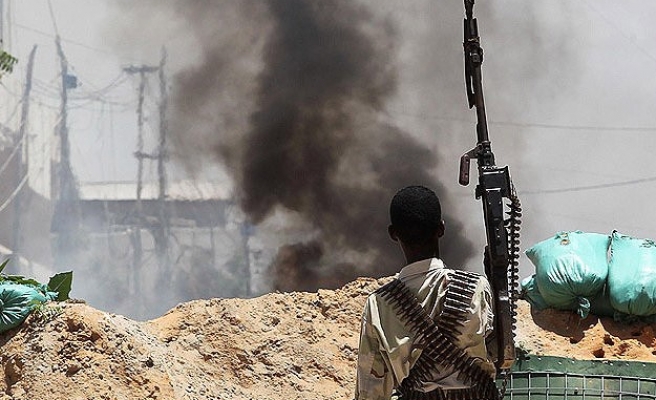 At least 17,000 people displaced by Boko Haram attacks have arrived in Maiduguri, the provincial capital of the restive northeastern Borno State, a lawmaker has said.

"The people were initially displaced from Gwoza [southeast of Borno] in August when Boko Haram attacked the area, slaughtering people," Senator Ali Ndume told journalists in Maiduguri on Sunday.

"Many of the residents fled to neighboring Uba, Gulak and Madagali in Adamawa State but the series of fresh attacks on these towns forced the IDPs to flee again into the bushes where they later found their way to Yola, Adamawa capital," he explained.

Ndume said the displaced civilians were conveyed to Maiduguri in buses and trucks, adding that they are now kept in the various IDPs camps in the provincial capital.

There are at least six displaced persons camps in Maiduguri.

More than 25,000 persons have fled to Maiduguri since August after Boko Haram raided communities in the central and southern parts of Borno, swelling up the population of IDPs in the already crowded camps.

Nigeria's National Emergency Management Agency (NEMA) says it has registered close to 65,000 displaced persons in Borno and Yobe states alone while Adamawa IDPs increase on daily basis due to recent attacks in the southern part of the state.

The three northeast states of Borno, Adamawa and Yobe are currently under state of emergency imposed by Nigerian President Goodluck Jonathan since last year.

In recent months, Boko Haram has seized control of several towns and villages in the three states.

In the five years since, the shadowy sect has been blamed for numerous attacks on places of worship and government institutions, along with thousands of deaths.

Boko Haram has been designated a terrorist organization by Turkey and the United States.