The April 6 Youth Movement said that Khaled al-Rasheedi had been shot in the head by police, who stormed Nahia village in the Giza province on Wednesday. 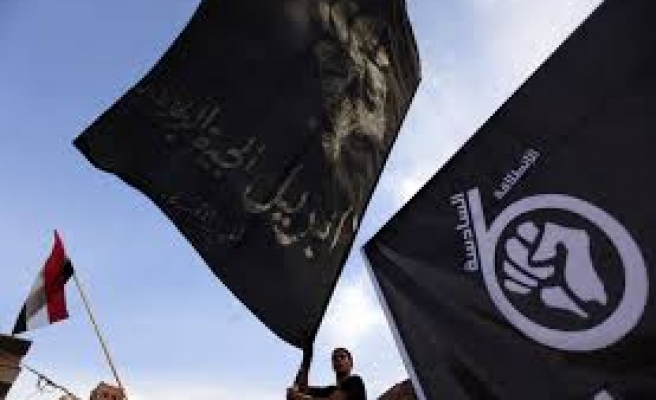 In a statement, the April 6 youth movement said that member Khaled al-Rasheedi had died after being shot in the head by police, who stormed Nahia village in the Giza province on Wednesday to disperse an opposition rally.

"Security forces were using live ammunition, birdshot and teargas in an attempt to clear roads in the village when al-Rasheedi was shot in the head," April 6 said in a statement.

The activist succumbed to the injury hours later.

Health Ministry official Ahmed al-Ansari confirmed al-Rasheedi's death, yet refrained from saying who was behind the shooting.

"Al-Rasheedi succumbed to his wounds this morning at a Cairo hospital," he said.

It had also opposed former president Mohamed Morsi, whose rule came to an end last year when the army overthrew him following mass protests.

Meanwhile, the pro-Morsi National Alliance for the Defense of Legitimacy said a pro-Morsi protester – identified as Hamada al-Saidi – had died on Thursday from complications caused by the inhalation of teargas one day earlier.

No Interior Ministry official was available for immediate comment on the reported casualties.

The ministry insists, however, that its police forces disperse rallies in accordance with Egypt's protest law, which bans unauthorized demonstrations.

The ministry also says that police only employ "gradual force" – relying only on teargas – to break up unauthorized protests.