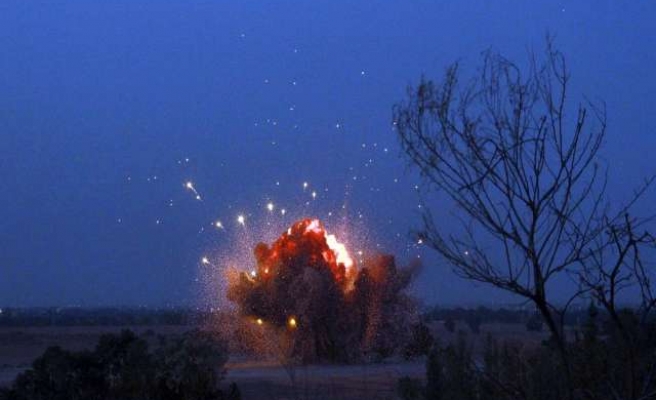 World Bulletin/News Desk
Two Egyptian nationals were killed and four others wounded on Sunday during clashes among militant Libyan factions on a road leading up to a crossing point on the northwestern border with Tunisia, local Egyptian media reported.

The official Middle East News Agency said the clashes had erupted between the Libyan army and Islamist militias on a road leading up to the Ras Ajdir crossing on the border with Tunisia.

It said the bodies of the two victims were later taken to a state-run hospital in the area.

The agency, meanwhile, quoted Adel Hadura, a spokesman for Egyptian expatriates in Libya, as describing the condition of the four  wounded victims as "critical."

He said the dead and wounded victims worked at a quarry near the border crossing point.