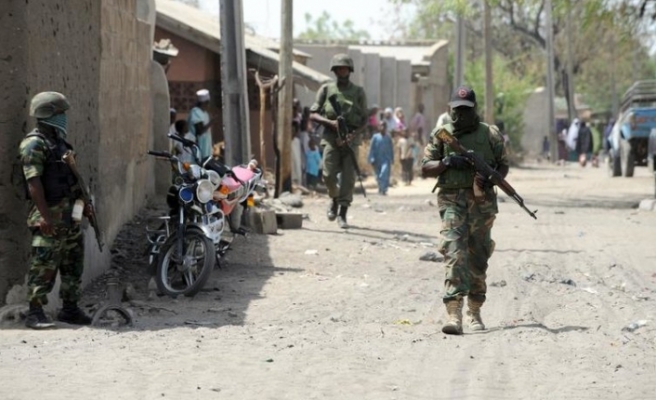 At least 20 armed bandits have been killed and 21 others arrested in a recent operation as Nigeria intensified efforts to rid its northwestern Zamfara state of cattle thieves and other criminals, the defense headquarters said on Wednesday.

Defense spokesman John Agim said in a statement that their efforts now include Nigerian troops collaborating with the local army to combat the criminals who oscillate between the borders of the two countries.

“These patrols have so far yielded significant successes as a lot of criminals have been intercepted and illicit arms recovered. 20 bandits were neutralized, while the 21 suspects arrested are helping with useful information,” Agim said.

The other items seized were seven dane guns, one FN Bayonet, seven axes, two bows and arrows, one handcuff, 30 machetes and six short knives. The troops also recovered raps of Indian hemp as well as charms.

“Unfortunately, during these encounters, one of our soldiers paid the supreme price and six others were wounded. Those wounded are receiving medical attention in our medical facility,” he added.

Hundreds of Nigerians have died in Zamfara state and environs this year alone as bandits suspected to be cattle thieves launched persistent attacks on the villages, forcing Abuja to establish various security outposts in the area.