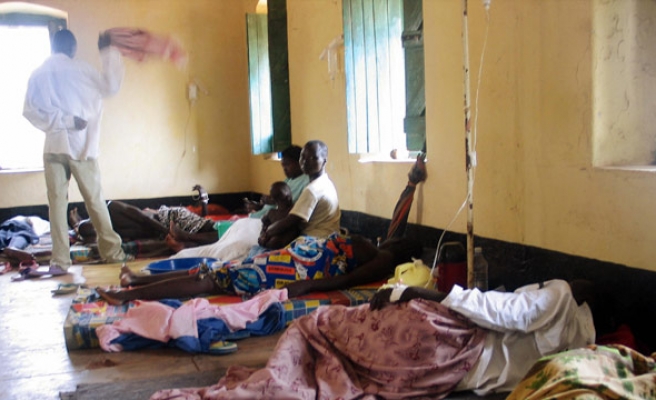 Citing statements issued by both the federal government and the Bauchi State government, the news agency reported Saturday that the death toll from the latest outbreak had risen to 20, while more than 200 people -- fearing infection -- had checked into local hospitals.

According to the government statements, suspected cases have also been reported in the states of Bakul, Dunmagari and Gallari.

In early July, Nigeria’s central Plateau State suffered a similar cholera outbreak in at which at least 15 people reportedly died.

Cholera is relatively common in remote parts of Nigeria, where clean drinking water is often hard to come by, with residents frequently relying on water from rivers polluted by grazing cattle.

Most locals also wash their clothes in the same streams from which they drink, increasing the chance of infection.

Experts say poverty and poor hygiene are the primary causes of the repeated outbreaks, especially in the country’s north and some parts of the south.

Cholera is an infection of the small intestine by bacteria, symptoms of which often include diarrhea, vomiting and muscle cramps.