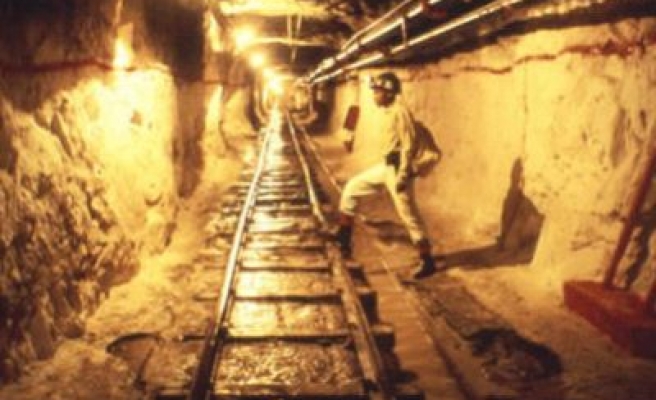 Rescue services in South Africa are trying to reach more than 200 illegal miners reported trapped underground in an abandoned gold shaft in a suburb just east of Johannesburg, an emergency services spokesman said on Sunday.

Werner Vermaak of ER24 emergency services told Reuters rescuers were communicating with a group of about 30 miners trapped by fallen boulders below the surface at the old mine site in Benoni.

"They told us there are about 200 others trapped further below," Vermaak said.

"It's an abandoned mine shaft in the middle of the public veld (open fields) ... it was not a blocked-off area," he added. No injuries or casualties had been reported so far, Vermaak said.

Heavy equipment had been brought in to try to remove the boulders obstructing the shaft.

Illegal mining of abandoned shafts is common in South Africa, where informal miners excavate mineral ore to be sold to buyers, often living underground in dangerous and precarious conditions. Fatal accidents are common, and underground battles between rival groups have also been reported.

The illegal diggers also sometimes invade active mines. At least 82 men - thought to have been illegal miners - died after an underground fire at a Harmony gold mine in South Africa in 2009.