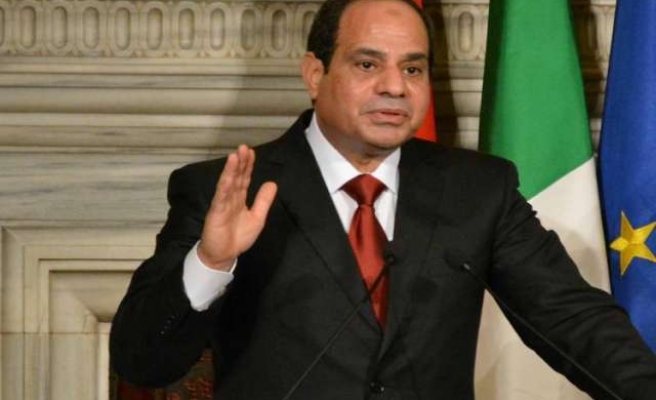 Egyptian President Abdel-Fattah al-Sisi said Tuesday that 208 people who had "taken up arms" against army and police forces during the past year have been killed and nearly a thousand arrested.

Al-Sisi's statements came during a televised speech marking the annual Police Day which falls on January 25 of every year.

"Egypt will not be threatened," al-Sisi said. "The army and the police would rather take the bullets for the Egyptian people."

Al-Sisi added that of the 955 who were arrested throughout 2014 on violence-related claims, half of them had been released after investigators cleared them from involvement in acts of violence.

"They could have been [killed] while they were being arrested but we applied the law," al-Sisi said.

"Egypt is paying the price of the region's stability," he said. "Not only this region, but also Europe and the rest of the world."

For his part, Interior Minister Mohamed Ibrahim said that police forces have moved from "reacting to terrorist operations" to preempting them.

"The terrorism Egypt is facing is systematic and funded with money, weapons and information by foreign regional forces," Ibrahim said, without naming any of these forces.

Egyptian authorities have declared a "war on terrorism" in the wake of 2013's military ouster of elected Islamist President Mohamed Morsi, blaming his Muslim Brotherhood group for a string of attacks on security personnel.

The Brotherhood, which has been the primary target of a deadly government crackdown on dissent, has repeatedly denied the accusations.

In December of 2013, the Egyptian government branded the decades-old Islamist group a "terrorist organization."

January 25 would also mark the passage of four years since the eruption of a popular uprising against longtime autocrat Hosni Mubarak. The latter was forced to step down after three weeks of massive protests against his 30-year rule. During the protests, hundreds of protesters were killed in clashes with security forces.

Al-Sisi, a former military intelligence chief who was appointed defense minister by Morsi in 2012, played a key role in the Islamist president's ouster after a single year in power amid opposition protests before becoming himself president after winning a presidential poll last spring.