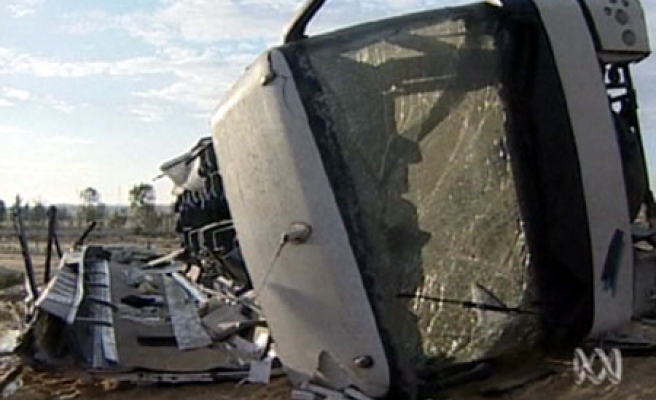 At least 27 people, including ten children, died late Saturday in a road accident along the Mbala-Nakonde Road in Northern Province of Zambia.

"Ten of these people are children aged between 5 and 9," he said.

Sikazwe said the accident happened when the drive of the truck failed to negotiate the curve due to over speeding.

The driver only sustained minor injuries and is currently detained at Mbala Central police.

The minister asserted that the passengers were on their route to harvest caterpillars in the area.

"As government we are extremely worried at the number of people who perish in road traffic accident," said Sikazwe.

"These deaths could be avoided if only people would obey traffic regulations," he insisted.

The minister asked police to intensify patrols on highways as this would prevent motorists from over-speeding and drastically reduce the number of deadly tracif accidents.

Official records from the Road and Safety Agency show that the number of deaths due to traffic accidents increased from 1,238 in 2008 to 1,851 in 2013.