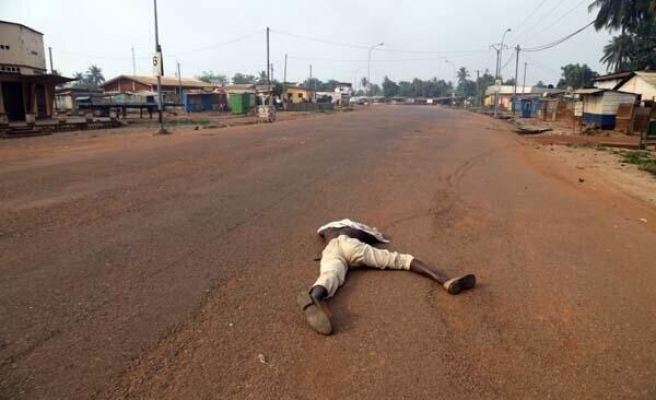 One Muslim and two Christians were killed on Tuesday in a new bout of violence in Bangui, the capital of the Central African Republic.

A Muslim youth was killed and dismembers by Christian anti-balaka militiamen as he left the predominantly Muslim Kilometer 5 district, an eyewitness, Bala Ibrahim, told Anadolu Agency.

Taking revenge, Muslim residents snuck into the Bassanga district and killed two Christians, according to eyewitnesses.

The mineral-rich country descended into anarchy one year ago when seleka rebels – said to be mostly Muslim – ousted Christian president Francois Bozize, who had come to power in a 2003 coup. The rebels later installed Michel Djotodia, a Muslim, as interim president.

According to the UN refugee agency, more than 173,000 people had been internally displaced while 37,000 others had fled to neighboring countries.