Nearly 400,000 children had their education disrupted ias a direct result of the ongoing crisis. 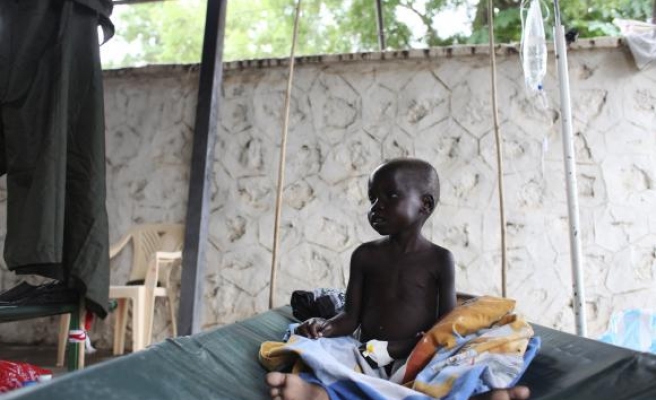 Some 350 community learning centers have been launched in South Sudan to help children between the ages of eight and 12 who missed out on early learning.

"Keeping poor children in school is not easy, especially as their parents are not willing to send them to school and prefer keeping them doing work at home or in cattle camps," Abu Bakar Siddigue, country director of BRAC, a Bangladesh-based international development organization working in South Sudan's education sector, said at the inauguration of the learning centers.

"So these schools will be supported by the communities and teachers will be recruited from their own communities with a class of no more than 30 children so that students get equal attention," he explained.

Siddigue added that, under the USAID-funded program, a four-year learning syllabus would be condensed into three, following completion of which students will be able to join primary five in formal schools.

The project aims to enroll 10,500 children, 60 percent of whom will be girls.

"Where the communities are on the move, like with pastoralists, the program will provide mobile education, with teachers travelling with the communities to be closer to the learners," said Siddigue.

In an education situation report issued at the inauguration ceremony in Juba, BRAC said some 1.4 million South Sudanese children were out of school.

It added that South Sudan had the worst literacy rate in the world, with adult literacy standing at 27 percent.

"South Sudan, even before the crisis, had a very poor level of turn up in school due to cultural ideologies and the long war [for independence]," Siddigue said.

South Sudan, which became independent in 2011, has been shaken by violence since late 2013, when President Salva Kiir accused his sacked vice president, Riek Machar, of leading a failed coup attempt against his regime.

Hundreds of thousands of South Sudanese have since been displaced in fighting between the two rivals, close to two million people have been uprooted from their homes, and hundreds of thousands now seek shelter in refugee camps scattered across the country.

Nearly 400,000 children had their education disrupted in Upper Nile, Jonglei and Unity states as a direct result of the crisis.

According to UNICEF, in 2014, some 12,000 children – mostly boys – were recruited as soldiers by armed forces and groups in South Sudan.

"Children between the ages of 14 and 17 are the ones now fighting this war instead of going to school," lamented Education Minister John Gai Yoh.

"It is very clear that the education system in South Sudan has a lot of work to be done," he said at the inauguration.

"A large number of our boys and girls are out of school and therefore need to find alternatives," noted Yoh. "These community schools can help us in this critical area."