Education Commissioner Kubo said the girls should be handed over to the government later today. 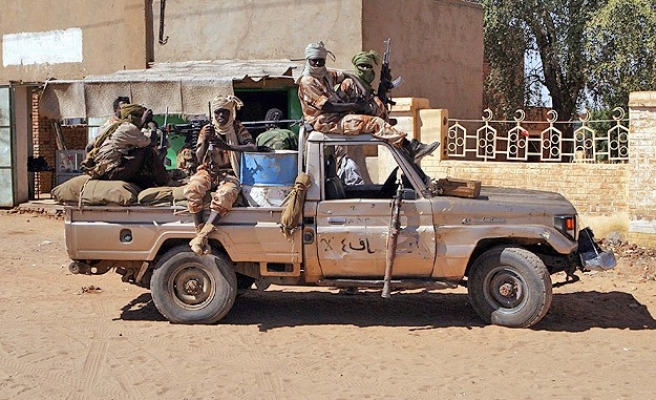 Local authorities in Nigeria's restive northern Borno State confirmed on Thursday that four more of the scores of schoolgirls abducted last month had been recovered.

"Four were picked up yesterday by soldiers and will hopefully be handed over to the government later today," Borno State's Education Commissioner Inuwa Kubo told Anadolu Agency.

On April 14, rebels stormed the Government Girls Secondary School in Borno State's Chibok, located on the fringes of the Sambisa Forest, a known Boko Haram hideout.

They loaded scores of schoolgirls onto trucks before driving away unhindered.

A full two weeks later, the exact number of the missing schoolgirls remains dogged by controversy.

While local authorities say 129 girls went missing that night, some parents put the total as high as 234.

There has been no authoritative number given for the abducted children, prompting calls for school officials to come clean about the institution's register.

Going by official figures, the four children's return this week means that 73 are still missing.

Thousands of protesters marched through major Nigerian cities on Wednesday to demand "prompt and strong" government action to free the schoolgirls.

They criticized perceived government apathy amid the deep distress and sadness of the missing girls' families.

Similar protests are expected on Thursday in some parts of the country, including Lagos and Kaduna.

The girls are believed to have been abducted by operatives of Boko Haram, a militant group active mainly in the country's northeast.

More than 1500 people have been killed this year alone in attacks blamed on Boko Haram insurgents, most of which have taken place in the northeastern Adamawa, Borno and Yobe states.

In the years since, the shadowy sect has been blamed for attacking places of worship and government institutions, along with causing thousands of deaths.