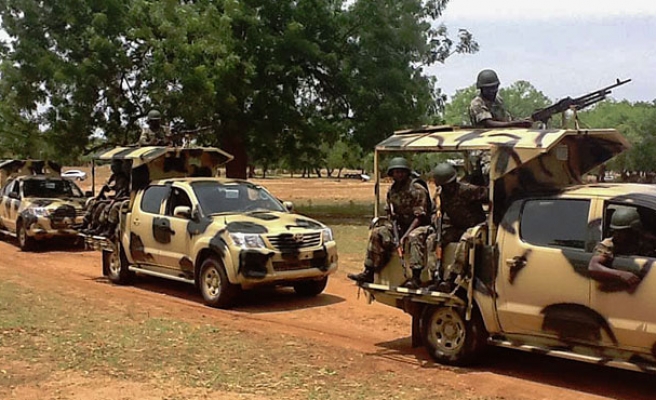 At least 42 people were killed and a mosque burnt in an attack by suspected Boko Haram fighters in Nigeria's Northeastern Borno state late on Tuesday.

"Thirty-eight victims have been buried but the casualties are higher," Kashim Abubakar, a 38-year-old local resident of Konduga village, told Anadolu Agency on Wednesday.

"Over 40 people died from gunshots while others sustained serious injuries," he said. "We cannot tell whether they will survive or not."

The militants reportedly came in about seven Hillux vans and had heavy weapons.

Abubakar, who has fled to the provincial capital Maiduguri, said the attackers had arrived at about 6pm Tuesday and did not leave until well after 9:30pm.

"They were very bold. They did not do anything in a hurry the way you would expect an attacker to do," he recounted.

"They were confident probably because of the strength of their weapons," Abubakar said.

Several buildings have reportedly been razed and the local mosque burnt in the attack.

Col. Mohamed Dole, the spokesman for the 7th Division of the Nigerian Army in Maiduguri, confirmed the attack.

"I do not have the details of the casualties," he told AA in a phone interview. "Our men have put the situation under control now."

But a security official who asked not to be named for not being authorized to talk to the media gave more details.

"We understand that over 40 people were massacred in the attack and that many houses were razed by the terrorists," he said.

"It is true that a secondary school was also burnt in the process."

In the years since, the group has been blamed for thousands of terrorist acts, including attacks on churches and security posts across Nigeria's northern region, especially the three northeastern states of Borno, Yobe and Adamawa.