4th US soldier dies after attack on joint Niger patrol 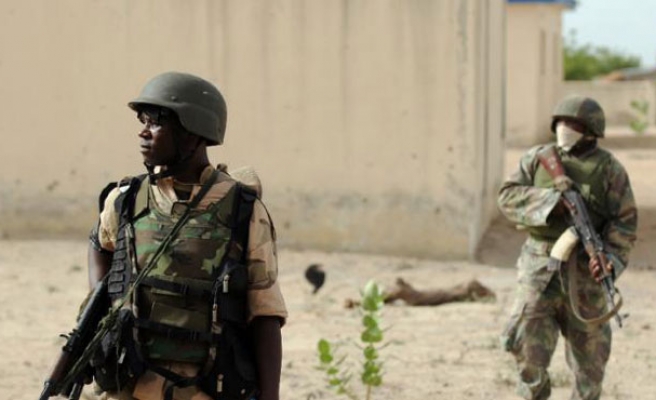 A fourth U.S. soldier was killed during an ambush on a joint patrol in southwest Niger earlier this week, the U.S. Command in Africa said in a statement Friday.

"We have updated information related to the attack on U.S. and Nigerien forces that occurred on October 4th in southwest Niger. The body of another U.S. Service Member has been recovered from the area of attack, bringing the number of U.S. Service Members killed in this attack to four," the statement said.

"Our thoughts and prayers are on the families of the deceased. We will share more information as it becomes available related to this attack."

Five soldiers from Niger and four U.S. Army Special Forces were killed and an unspecified number of others were wounded in an ambush on a joint patrol in southwest Niger on Wednesday night.

A statement issued by U.S. Africa Command after the attack said, “A joint U.S. and Nigerien patrol came under hostile fire in southwest Niger."

It added, "U.S. forces are in Niger to provide training and security assistance to the Nigerien armed forces including support for intelligence, surveillance and reconnaissance efforts to target violent extremist organizations in the region. One aspect of that is training, assisting and advising Nigeriens to increase their ability to bring security and stability to their people."

No group has yet claimed responsibility for the attack but the area is largely controlled by insurgents, including members of al-Qaeda in the Islamic Maghreb (AQIM) and Daesh.

African security forces backed by Western troops are stepping up efforts to counter jihadist groups forming part of a growing regional insurgency in the troubled Sahel region, where several groups are roaming.

Presidents of the Sahel countries of the region -- including Mali, Niger, Mauritania, Burkina Faso and Chad -- are working on final modalities to set up a G5 Sahel force to help fight the numerous groups who are active in the region.