50 injured in riots in northern Guinea

The riots were apparently triggered by a government move to shift civil servants entrenched in Labé to locations in other parts of the country. 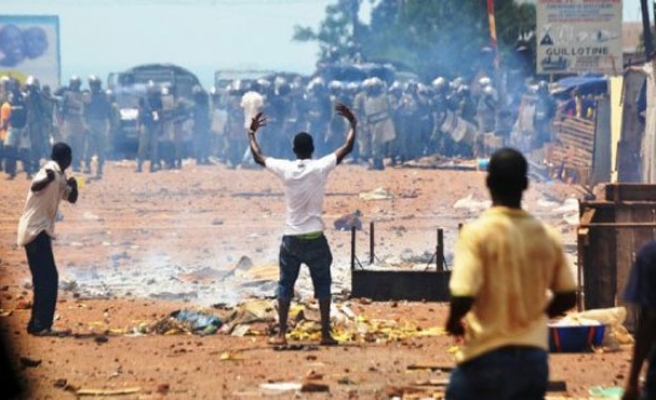 Around 50 people were injured in riots in the town of Labé in northern Guinea when people protesting a shake-up in the civil service clashed with security forces, the government said on Wednesday.

Labé is a stronghold of opposition to President Alpha Condé, who came to power in 2010 as the country's first democratically elected leader after decades in which the country was ruled by authoritarian figures.

Around 24 members of the security forces and 25 civilians were hurt in the riots that started on Monday and vandals damaged public and private property, government spokesman Damantang Albert Camara said in a statement.

The riots were apparently triggered by a government move to shift civil servants entrenched in Labé to locations in other parts of the country.

"The Government believes that the violence, which included the destruction of private and public property in Labe, was out of proportion with the stated demands of the protesters," the statement said.

Youths burned tyres and the police sent reinforcements to restore calm, said witnesses and a police source who declined to be identified.

Guinea is the world's biggest exporter of bauxite, the raw material used in aluminium production, and has rich deposits of gold. It is one of three West African countries battling to end an Ebola outbreak that has killed more than 8,500 people.