The militants attacked Monguno on Sunday and are still controlling it 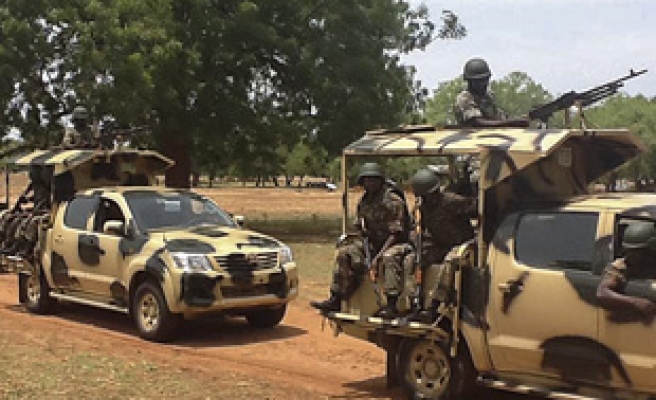 According to Ibrahim, 2,000 people arrived in Maiduguri on Sunday evening while another 3,000 arrived on Monday before noon.

The Nigerian army confirmed late Sunday that the attacks on Maiduguri had been repelled, but kept mum on the fate of Monguno, located some 135km from the provincial capital.

Jubrin Gunda, a spokesman for a vigilante Civilian Joint Task Force, however, confirmed to AA on Sunday that Monguno had fallen to the militant group.

"With the capture of Monguno, I'm sad to note that all of northern Borno has now fallen," he told AA.

Sources confirmed to AA earlier Monday that Boko Haram militants were still in control of Monguno and the town's army base.

"About 20 soldiers were killed in the [Sunday] attack and many were wounded," a military source told AA, requesting anonymity.

He said army troops had been ordered not to engage Boko Haram insurgents for "operational and tactical reasons."

Monguno, a desert community north of Borno, shares borders with Baga city, which was captured by Boko Haram on Jan. 3.

Boko Haram had attempted to overrun the town twice in 2014, but both attacks were repelled.

Ibrahim, the NEMA official, said displaced persons had been moved to a government estate where they could camp and obtain relief assistance.

He said most of the displaced were women and children – an indication that many of the men may have been killed by the insurgents.

An official with the Borno State Emergency Management Agency said the displaced could be relocated to a newly built site within the city.

"The government is contemplating moving those displaced from Monguno to a new housing estate… in Maiduguri," he told AA on condition of anonymity, as he was not authorized to speak to the media.

"The estate has better facilities than where they are now," the official said.

One displaced person, Hauwa Shettima, a mother of two, said she had fled the town after hearing gunfire.

"My husband ordered me to leave," she told AA. "I don't know where he is now."

A seemingly emboldened Boko Haram recently stepped up its militant activity, seizing several areas of Adamawa, Yobe and Borno states, where it has since declared an "Islamic caliphate."

The attacks displaced well over 1.5 million people in 2014, according to a recent report by the Borno State government.