6 killed in ambush on ruling party MP convoy in Mali

MP Abdrahamane Niang, who is also president of High Court of Justice, escapes unharmed in attack 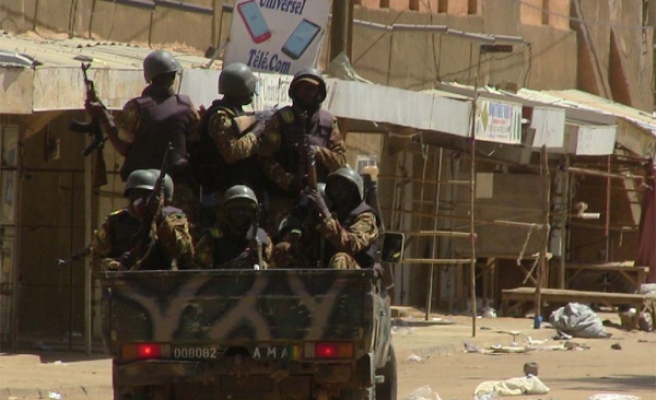 Six people, including five soldiers were killed in an ambush on the convoy of a parliamentarian late Tuesday, according to the Defense Ministry.

The ruling Rally Party MP, Abdrahamane Niang, who was targeted in the attack is the president of the High Court of Justice.

In a statement, the ministry said the incident occurred in Mopti region, Central Mali.

Niang escaped unharmed in the incident; however, his driver and five soldiers were killed, it said.

Several terror groups are active in northern and Central Mali, where French, Malian and UN peacekeepers are conducting counter-terrorism operations.

Tensions erupted in Mali in 2012 following a failed coup and a Tuareg rebellion that ultimately allowed al-Qaeda-linked militant groups to take over the northern half of the country.

In 2015, a peace deal was signed between the government and some insurgent groups.

But political and community disputes continue to fuel tensions in northern Mali, thus undermining the implementation of the peace agreement.