The country's information minister says some $6.72 billion has been allegedly stolen between 2006 and 2013 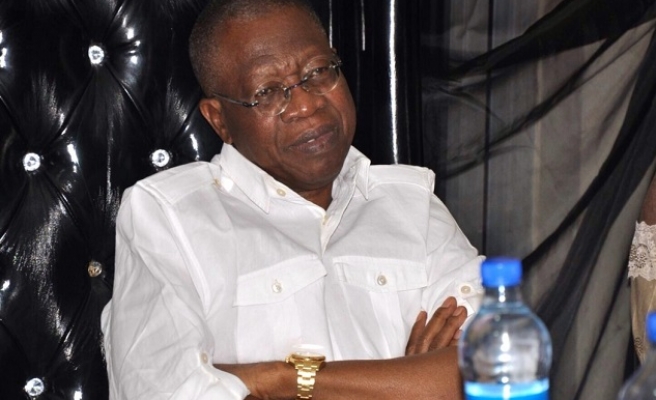 "The situation is dire and the time to act is now," he added.

Giving a breakdown of the alleged theft, Mohammed claimed:

The period covered starts toward the end of the second term in office for Nigeria's first civilian president after military rule, Olusegun Obasanjo. He was replaced in 2007 by Umaru Musa Yar'Adua.

Goodluck Jonathan took over in 2010 when Yar'Adua died in office.

Nigeria's President Muhammadu Buhari came to power in May last year, vowing to crack down on endemic corruption in Africa's most populous nation.

He accused Jonathan's administration of leaving the treasury "virtually empty" and vowed to recover what he said were "mind-boggling" sums stolen from the public purse.

Last Friday, the investigation was widened to military top brass who served under Jonathan.

Mohammed said tackling corruption was central to Buhari's administration but added that it involved everyone.

Nigeria's main opposition Peoples Democratic Party (PDP) has accused Buhari of conducting a witch-hunt against its members. Obasanjo, Yar'Adua and Jonathan were all PDP presidents.

But the current All Progressives Congress (APC) government would not spare anybody who has stolen public funds, regardless of their political affiliation, ethnicity or religion, added Mohammed.