At least 70 people were killed during clashes in a town in Cantral African Republic. 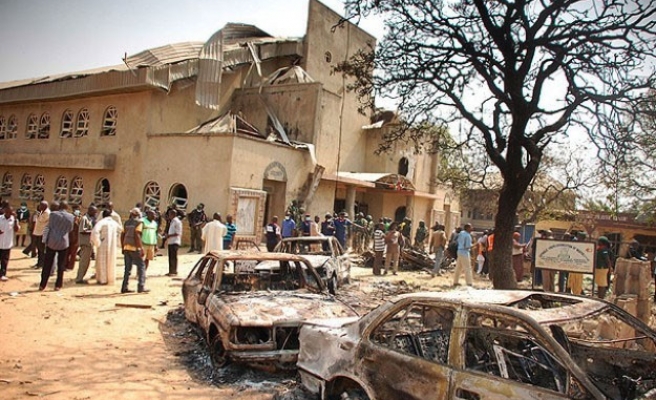 At least 70 people have been killed and dozens of houses torched in clashes between Muslim and Christian communities in a town in Central African Republic, a local police official said on Monday.

The scale of the violence underscores the challenge facing French and African peacekeepers trying to restore order to a country that has been torn apart by inter-communal violence since mainly Muslim rebels seized power in March.

The leader of the rebel force, known as Seleka, stepped down as president last month

But their retreat from power and the deployment of thousands of international troops has not halted the violence.

Elie Mbailao, police commissioner of Mbaiki, about 100 km (62 miles) from the area around the town ofBoda where the killings took place, said Christians attacked Muslims after Seleka passed through.

"The mayor (of Boda) has told me that there were more than 70 dead and over 30 houses burned," Mbailao said of violence that began late last week.

Mbailao said that the clashes around the town, some 100 km west of Bangui, involved residents armed with guns and machetes, scenes that have been played out across much of the former French colony over much of the last year.

Abuses by Seleka fighters once they came to power led to mainly Christian self-defence militia springing up.

An attempt to oust Seleka from power in December sparked mass killings and cycles of retaliations that spiralled out of control and prompted U.N. warnings that the country was on brink of genocide.

There are some 1,600 French and about 5,000 African troops deployed in the country but peacekeepers have been focussed on restoring order to Bangui and struggled to make their presence felt to the north.