The army said its troops "routed the Boko Haram fighting force of over a hundred terrorists" in Konduga. 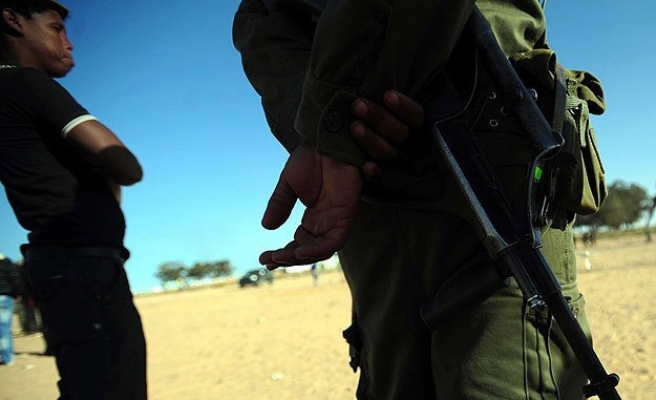 Some 80 Boko Haram fighters were reportedly killed on Friday in clashes with army troops in Nigeria's troubled northeastern Borno State, a top military source has said.

"Troops had been alerted about a planned attack on Konduga after the attack on [the town of] Bama," the source, a top military officer who asked not to be named, told Anadolu Agency.

He said militants had attempted to storm Konduga, a town just 35km from Maiduguri, the state's densely-populated provincial capital, but had been intercepted by army troops.

"Troops opened fire on them before positioning themselves for their usual sporadic firing," added the source. "Over 80 of them [militants] died."

He also disclosed that some of the Hilux vehicles used by the insurgents had been destroyed while others were captured.

Umaru Kolo, a member of a local vigilante group, said the community had got wind of the insurgents' planned attack and quickly alerted the military.

"We saw them this morning when they were coming and we quickly alerted the military that the people have arrived," he told AA by phone.

"Soldiers were quick to respond and they confronted them very well. Many Boko Haram died; some fled with injuries, but a military helicopter came to pursue them," added Kolo.

Students from the University of Maiduguri, about 20km from Konduga, said they saw fighter jets flying over the town until midday Friday.

"A military fighter jet was hovering around River Alau down to Konduga till about 12 noon," Aliyu Mohamed, a post-graduate student, told AA.

The army has confirmed the clashes.

"At about 5:30am today, Boko Haram terrorists launched a massive attack on Konduga town," Col. Timothy Antigha, an army spokesman, said in a statement.

"After about three hours of fierce fighting the Nigerian troops routed the Boko Haram fighting force of over a hundred terrorists," he added.

He added that four soldiers were wounded in the clashes.

"The entire area is still being combed for terrorists who might have escaped with bullet wounds," said the army spokesman.

The developments come one day after tensions mounted in Maiduguri over a purported plan by insurgents to attack the provincial capital.

Konduga, like Maiduguri, is located in the central part of Borno. It is located about 30km from Bama, a strategic town that has reportedly been overrun by the militants.

The military insists the city has not fallen to the militants, although independent verification has not been possible.

Boko Haram appears bent on capturing Maiduguri, which had served as their operational base until they were flushed out by a combination of military firepower and the unceasing arrest of its members by local vigilantes.

The militants have already overrun the towns of Dikwa, Gamboru Ngala and Gwoza – all in Borno State. They also currently control the towns of Buni Yadi and Bara in neighboring Yobe State.

The group is also said to have captured eight towns in Adamawa State, which has a population of some 2.5 million.

Since May of last year, all three states – Borno, Yobe and Adamawa – have remained under a state of emergency imposed by the government with the stated aim of curbing the menace posed by Boko Haram.