Death toll since clashes erupted on Aug. 26 rises to 115 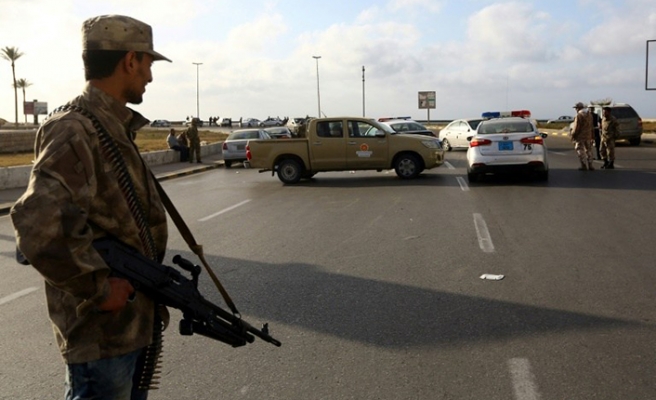 At least nine people were killed in renewed armed clashes on Saturday between Libyan military groups in the capital Tripoli, according to Libya’s Tripoli-based Health Ministry Sunday morning.

The death toll over the clashes in Tripoli rose to 115 killed, 383 wounded and 17 people gone missing since Aug. 26, the ministry announced in a statement published on its Facebook page.

As of Sunday morning, a precarious calm inhabits the capital.

On Thursday alone, 11 people were killed -- including five civilians -- and another 33 injured, according to Libya’s Tripoli-based Health Ministry.

On Sept. 4, the United Nations Support Mission in Libya (UNSMIL) declared a cease-fire after dozens had reportedly been killed in the capital.

Libya has remained dogged by turmoil since 2011, when a NATO-backed uprising led to the ouster and death of long-serving President Muammar Gaddafi after more than four decades in power.

Since then, Libya’s stark political divisions have yielded two rival seats of power -- one in Tobruk and another in Tripoli -- and a host of heavily armed militia groups.