A million displaced Nigerians unable to vote unless law changed

The Electoral Act states that voters have to cast ballots in their home constituencies, an obstacle for refugees who have fled attacks by Boko Haram militants. 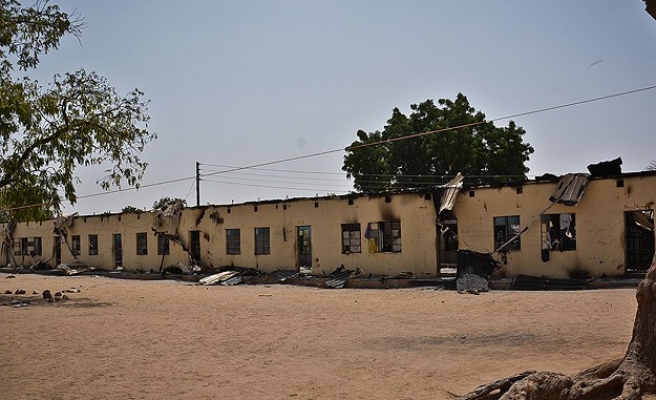 More than a million Nigerians displaced by an insurgency in the northeast may not be able to vote in the Feb. 14 presidential election unless the law is changed, the Independent National Electoral Commission (INEC) said on Monday.

Africa's most populous nation faces what is likely to be its most closely fought election since the end of military rule in 1999, but the Electoral Act states that voters have to cast ballots in their home constituencies, an obstacle for refugees who have fled attacks by Boko Haram militants.

A decision on how to deal with the displaced will not be taken before January when the National Assembly next meets.

"Unless the act is amended, the IDP (internally displaced person) issue could expose the election to legal challenges by the losing party," INEC spokesman Kayode Idowu said.

Voters in northern Nigeria favour the opposition party led by a Muslim northerner. The potential loss of more than a million votes from that area could stoke tension.

Around 73 million people voted in the last election in 2011.

The insurgency could also mean some local government areas in three northeastern states may be prevented from holding the ballot if the army deems it too dangerous, Idowu said.

Boko Haram has been waging a five-year insurgency in the northeast. Attacks have increased sharply since the government imposed a state of emergency last year in three states -- Borno, Adamawa and Yobe.

Thousands of people have been killed. Bombs, ambushes and raids on towns occur on a near-daily basis in the region, particularly in Borno, the stronghold of the militant group.

The Council for Foreign Relations estimates that about 10,340 violent deaths between November 2013 and November 2014 were linked to Boko Haram-related violence.

"INEC is hoping that some amendment will happen to the legal framework to make it feasible for IDPs to vote," Idowu said.

INEC is in the process of identifying refugee camps and counting the number of people potentially excluded, Idowu said. Many of the displaced are in small groups scattered across the country.