A year after Mugabe's fall, Zimbabwe yearns for upswing

The march came after the military had briefly taken over, and days before Mugabe was forced from power on November 21 in what the veteran leader described as a coup d'etat. 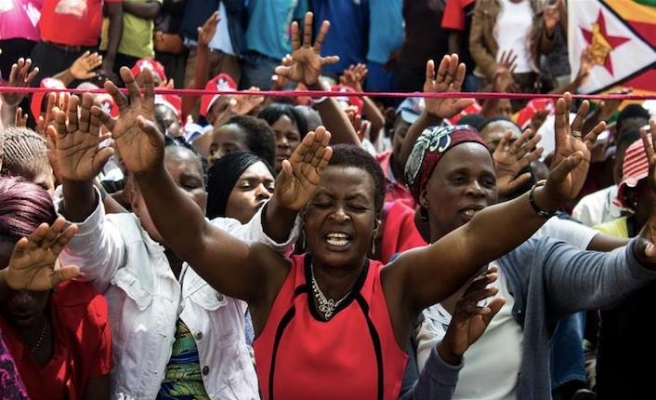 Zimbabwean businessman Munya Chihota's face lights up when he recalls taking part in a march last year with tens of thousands of people calling for then-president Robert Mugabe to step down.

"There was so much joy," 41-year-old Chihota told AFP, describing the outpouring of excitement as Zimbabweans waved flags and placards and sang songs urging an end to the nonagenarian strongman's 37-year hold on power.

"We were all there. Young, old, black, white. There was a collective sense of hope that, after the hardships we had endured as a nation, things were going to change," he said.

"The general feeling was that the system had to go."

But Chihota now looks back on those euphoric times with mixed emotions.

"Unfortunately only an individual and a few of his hangers-on were removed, and the system remained in place."

Mugabe, who held power since independence from British colonial rule in 1980, presided over Zimbabwe's decline from a regional power with huge potential, to a ruined country from which millions fled.

Many hoped his fall would mark a new era for the country and a re-birth of its economy, but Chihota says business at his plastic manufacturing firm is at its slowest since he started eight years ago.

"A lot of things have turned out bad," he said. "This is definitely not what we expected."