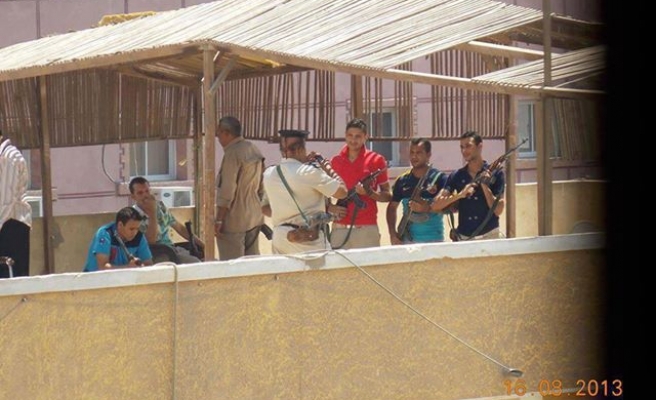 An Egyptian-American prominent rights activist has called for a probe into the violent dispersal of two protest camps by supporters of deposed President Mohamed Morsi.

"The dispersal of the Rabaa al-Adawiya sit-in must be investigated," Saad Eddin Ibrahim, the chairman of Ibn Khaldun Center for Development Studies, told the Anadolu Agency.

"We need to investigate claims about excessive use of force in the dispersal," he added.

"The right to stage a sit-in is guaranteed by the constitution," said Ibrahim.

"However, sit-ins must not infringe on the rights of other people and we all know that the Rabaa sit-in affected the local residents," he added.

Ibrahim has recently led a popular delegation for talks with members of the European Parliament to convince them that the army's ouster of Morsi came as a result of a "popular revolution", not a "military coup."

He believes the Rabaa dispersal was "a chapter in the power struggle since January 2011 (when a popular revolution ousted President Hosni Mubarak).

"I have not blamed anyone," he insisted. "How can I lay the blame on any party in the absence of any investigation into the issue?"

A fact-finding commission has been set up by the National Council for Human Rights to investigate the Rabaa dispersal.

More than 47 days since its formation, the commission has announced no findings yet.