The African Union said that Guinea and Djibouti would send a battalion of troops to join a peacekeeping soldiers in Somalia. 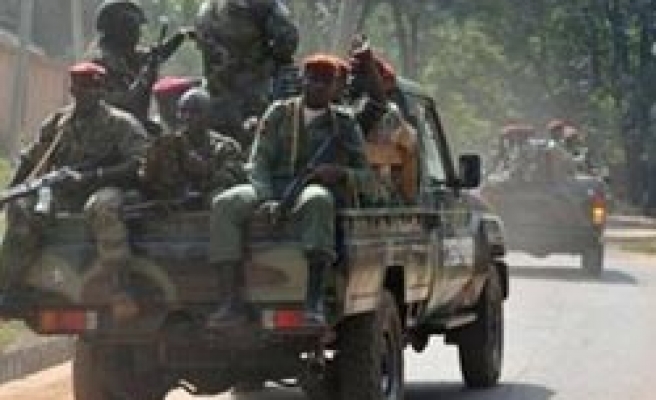 The African Union said on Friday that Guinea and Djibouti would send a battalion of troops to join a peacekeeping soldiers in Somalia, the first pledge of action at an African summit to be dominated by the Somali crisis.

Somalia has shot to the top of the agenda at the AU summit in Uganda, to be attended by more than 30 heads of state, less than two weeks after Shabaab launched their first attack on foreign soil with twin bomb attacks in the capital Kampal, Reuters said.

Shabaab and other armed opposition groups has strongly rejected the presence of any foreign troops in the poor country. They staged a massive insurgency against foreign forces and Western-backed government.

"Guinea is preparing a battalion to be sent to Somalia immediately. Djibouti prepared a battalion six months ago,” Chairman of the AU Jean Ping said on Friday.

"We have today a full commitment with Guinea for a battalion," AU Commission Chairman Jean Ping told reporters. "Guinea is ready to immediately send troops."

East African regional bloc IGAD last month pledged to send another 2,000 troops to join more than 6,000 soldiers from Uganda and Burundi in Mogadishu. IGAD has not yet announced which countries will contribute peacekeepers.

Army officers from Ghana, Nigeria, Senegal and Zambia were visiting Somalia on Friday as they also considered contributing to the AU peacekeeping force.

The latest pledges would take the force, known as AMISOM, to more than 8,000-strong -- the maximum allowed under its current mandate.

AU diplomats told Reuters that AMISOM's mandate would be reviewed at the summit and it is likely the cap on troop numbers would be lifted.

Al-Shabab, along with a number of other anti-government groups, controls much of southern and central, as well as most of Mogadishu.

The transitional government, which has long promised to launch a major offensive against al-Shabab, controls only a few streets of the capital.

At least 21,000 civilians are believed to have been killed in the violence over the last years, while 1.5 million have been forced to flee their homes.