African migrants die of thirst on way to Italy

"How is it possible that in a sea like the Mediterranean which is full of fishing boats, cargo ships, naval ships, these people were just left to their fate like that," she said. 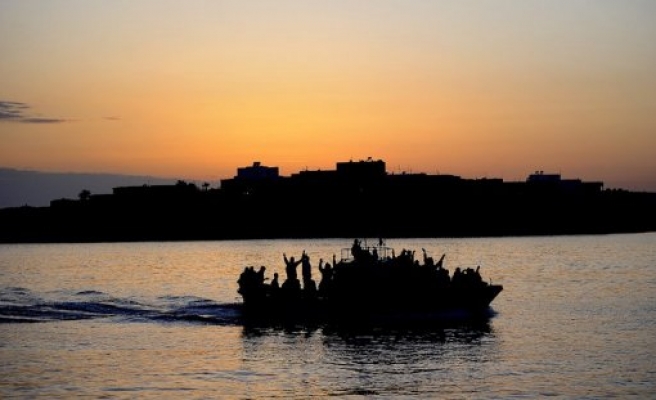 Fifty four people trying to reach Italy from Libya died of thirst after a 15-day voyage in which their rubber boat gradually deflated, the United Nations Refugee Agency (UNHCR) said on Tuesday, citing the sole survivor.

It said the man, an Eritrean national, was rescued by Tunisian coastguards in a state of advanced dehydration clinging to the remains of the boat after being spotted by fishermen the previous night, the agency said.

The man said he left Libya towards the end of June as part of a 55-strong group, half of whom came from Eritrea.

"He told us that there were immediately problems on the boat, that unfortunately they weren't even allowed to take a bottle of water and so once they got lost and the voyage went on, people started to feel unwell and die because of the lack of water," U.N. spokeswoman Laura Boldrini told SkyTG24 television.

"How is it possible that in a sea like the Mediterranean which is full of fishing boats, cargo ships, naval ships, these people were just left to their fate like that," she said.

The survivor, who was taken to a hospital in Zarzis in southeastern Tunisia, told UNHCR officials the craft nearly reached the coast of Italy but was driven back by strong winds and began to deflate after a few days.

As their desperation grew, many drank sea water, which worsened their thirst, he told the officials.

The incident is the latest in a long series of disasters which have killed thousands of migrants attempting to reach southern Europe from North Africa in small, unstable and frequently overcrowded boats.

My deepest prayer to everyone who left this world may ur soul get rest with peacefully .