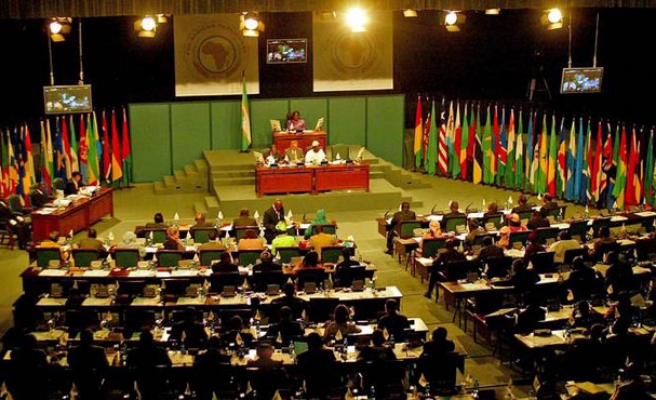 The sixth session of the third Pan-African Parliament (PAP) opened Monday in South Africa with the conflict in Burundi, terrorism, immigration and recent anti-immigrant attacks in South Africa topping the agenda.

Burundi has been rocked by protests since late April, when the ruling National Council for the Defense of Democracy named incumbent President Pierre Nkurunziza – in power since 2005 – its candidate for June presidential polls.

"Our national parliaments were being inspired by the pan-Africa parliament, which has a major role to play in addressing the major issues affecting the continent," said Sheku Badara Bashiru, speaker of the Sierra Leonean parliament and a guest of honor.

He called on PAP members not to let down the African people by failing to address issues affecting them.

Bashiru also urged African leaders to consider promoting the empowerment of women if the continent was to advance further.

"It's only when we put women in positions of responsibility that we shall know how strong they are," he said to the applause of members.

PAP is the legislative body of the African Union. It has 245 Members of Parliament drawn from AU member states who are elected by their national parliaments.

Initially, the seat of PAP was Addis Ababa, Ethiopia, but it was later moved to Midrand, South Africa.

PAP meets four times a year – in March, May, August and October – for sittings of committees and sessions of parliament.

It aims to ensure the full participation of African peoples and grassroots organizations in governance and economic integration.