President Robert Mugabe's Zanu-PF party won a majority in Zimbabwe's 210-seat parliament, according to figures released by the Electoral Commission on Friday. 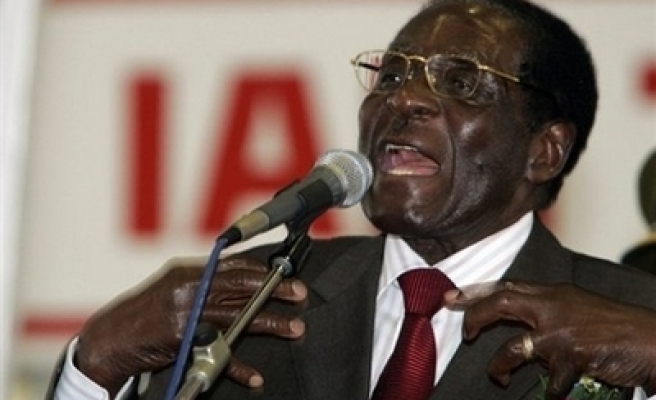 "A new chapter in the process of consolidation of democracy in the Republic of Zimbabwe has been opened, and we hope that the people of Zimbabwe will work together to build their country," the observer team said in a Friday statement read out by team leader Bernard Membe, Tanzania's foreign affairs and international cooperation minister.

President Robert Mugabe's Zanu-PF party won a majority in Zimbabwe's 210-seat parliament, according to figures released by the Electoral Commission on Friday.

The commission has announced results from 186 of 210 constituencies, with the Zanu-PF in a commanding lead with 137 seats.

The party won most of the seats lost to opposition leader Morgan Tsvangirai's Movement of Democratic Change (MDC) in 2008.

The ruling party needs 140 seats to secure a two-thirds majority in the national legislature.

The Electoral Commission is expected to announce final results on Sunday.

While giving its stamp of approval to the elections, the SEOM urged the new government to implement media reforms, provide voter lists for inspection, update voter lists, and quickly release funds to the Zimbabwe Electoral Commission (ZEC) so as to enhance the electoral process.

Other observer teams to have endorsed the Zimbabwe polls are those from the African Union and the SADC-ECF missions.

The leader of the African Union observer team, former Nigerian President Olusegun Obasanjo, said that poll results were "reflective of the will of the people."

"I have never seen an election that is perfect," he said. "The point has always been, and will always be, how much the infractions, the imperfections, have affected the result of the election, being a reflection of the will of the people."

Mugabe has been at the helm of power in this southern African country since it gained independence from Britain in 1980.

He is expected to win the presidential race by a wide margin, extending his 33-year rule by another five years.

The SEOM, meanwhile, has implored all political parties to "respect and accept the election results as will be announced by the constitutionally mandated ZEC."

But the call was quickly rejected by Morgan Tsvangirai's opposition Movement of Democratic Change (MDC).

"MDC totally rejects the electoral fraud in which the election has been marred by massive intimidation of voters and systematic rigging," National Party spokesperson Douglas Mwonzora said in a press statement.

Tsvangirai, who has been in a power-sharing agreement with Mugabe for the last five years, had earlier dismissed the polls as "null and void."

"The election has been a huge farce," he told journalists at his party's headquarters in Harare.

"Its credibility has been marred by administrative and legal violations, which affect the legitimacy of its outcome," he added.

While the MDC has enjoyed massive support in the last decade, it has failed to dislodge Mugabe from power.

Five years ago, Tsvangirai won the first round of elections but failed to garner more than 51% of the vote as is required by law.

It was the first time for Mugabe to come in second in an election.

But a run-off never happened due to subsequent violence and political parties settled for a national unity government.