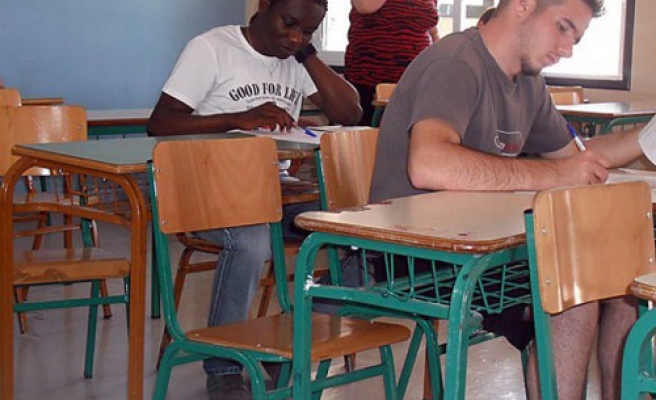 Julien, a 20-year-old who migrated from Africa to Greece at the age of 16 in November 2011, was amongst the students who were accepted in higher educational institutions across the country scoring top grades.

The young African refugee, cames first place and was accepted into the Electrical Engineering department of the Technological Educational Institute of Piraeus.

Julien graduated from the 1st Professional High School of Konitsa located in Epirus. He has been living at the Konitsa Protection Center for Adolescent Refugees since October 2012.

Before his 'adoption' by the Protection Centre, Julien had been held in custody in Evros for three months as an illegal immigrant and then lived on the streets of Athens. He overcame many barriers and officials at Konitsa said that when he first arrived he couldn't speak the language, was withdrawn, and saddened by the tragedy in his life and that the only thing he wanted was an education.

His life turned around when he enrolled in the high school. When asked why he wanted school so much, Julien said, "I want to dedicate my success to my parents and siblings that are no longer alive," he told the Athens-Macedonian News Agency.

"My parents were the ones who had pressed upon me the value and desire of education since a very young age."

Julien, who was granted asylum this past August, also noted that his aim was to give back as much to his new home, Greece, as he possibly can.

"I want to feel safe and have international safety according to the Geneva convention. I want to move forward and be useful and important to Greek society."