Rations for 338,000 refugees in Liberia, Burkina Faso, Mozambique, Ghana, Mauritania and Uganda have already been cut by 5 to 43 percent from WFP's standard assistance 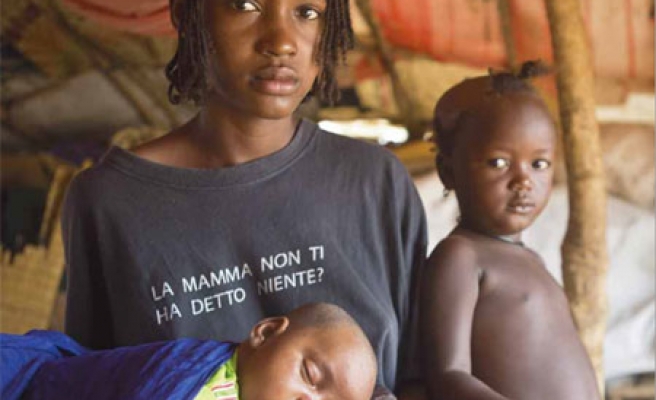 African refugees who have fled wars or persecution face cuts in their daily rations because of a $225 million shortfall for vital food programmes, the United Nations said on Tuesday.

Many of the 800,000 refugees are already getting less food than they need because of low funding, insecurity and logistical problems. They are showing show "unacceptable levels of malnutrition", leading to stunting and anaemia in children, the World Food Programme and the U.N. refugee agency said.

They include nearly 450,000 refugees in the Central African Republic, Chad and South Sudan whose rations have been halved, the sister agencies said in a joint appeal to donor countries.

The WFP needs $186 million to restore full rations and avoid further cuts through the end of this year for the 2.4 million refugees in 22 countries of sub-Saharan Africa under its care.

"In simple terms, that is 40 cents (per refugee) a day, every day, before now and the end of the year that is required for us to feed and meet the nutritious food needs of those we serve," Ertharin Cousin, the WFP executive director, told a news briefing in Geneva after presenting the case to donor countries.

The U.N. refugee agency needs $39 million for its nutrition support to refugees across the continent reeling from conflicts.

"The appeal today is a very concrete appeal for the most dramatic of the situations, the African situation, because it is the most forgotten," said Antonio Guterres, U.N. High Commissioner for Refugees.

"As you have seen, 450,000 refugees in Africa today are living with less than 50 percent of the normal ration. And this is something that is not acceptable," he said.

The U.N. warned last month that South Sudan can only avoid famine if a shaky ceasefire holds and people displaced by fighting this year can return home in the next few weeks to plant crops before seasonal rains begin.

"We are very worried in South Sudan because if there is no peace and with the rainy season now and the fact that many people did not farm the land, we might have a very dramatic food security problem inside South Sudan, with very large outflows (of refugees)," Guterres said.

Rations for 338,000 refugees in Liberia, Burkina Faso, Mozambique, Ghana, Mauritania and Uganda have already been cut by 5 to 43 percent from WFP's standard assistance of 2,100 kilo calories per day.

"When we cut, what a family will do is go instead to two meals a day instead of three meals a day. When we cut again, they will go to one meal that day," Cousin said.

Children under five years of age are most vulnerable to the effects of chronic hunger, she said. "And as a result, that child is at risk of not achieving the mental and physical development of that stage of growth."

"When we reduce rations to less than 500 or 600 kilo calories, there are negative coping strategies that are then pursued, as in families borrowing at very high rates of interest, women unfortunately forced into situations where they are using whatever means necessary to ensure that they can access food for their children," she said.