A high-level African Union delegation visiting Egypt asserted on Sunday that a decision by the pan-African body to suspend Egypt's membership needs revisiting. 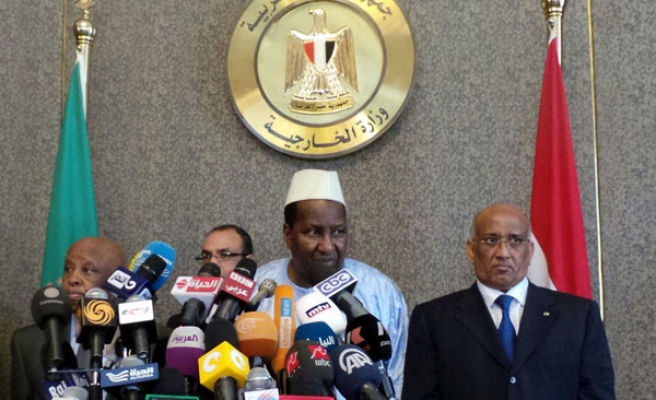 A high-level African Union delegation visiting Egypt asserted on Sunday that a decision by the pan-African body to suspend Egypt's membership needs revisiting.

"This decision needs to be revisited so that we can keep up with the developments happening in Egypt," Alpha Oumar Konaré, the head of the delegation, told a news conference at the Egyptian Foreign Ministry at the end of their several-days visit.

The AU suspended Egypt’s membership following the army's removal of elected President Mohamed Morsi, in an automatic measure taken by the pan-African body following any military interruption of constitutional rule in a member state.

The high-level delegation came to Egypt to assess the domestic political situation.

They met with Morsi, who has not been seen in public since his overthrow.

Egypt has been in the grip of political violence since Morsi's July 3 ouster by the army following mass protests against him.

Since then, his supporters have been staging daily protests and sit-ins to denounce what they describe as a "military coup" against the elected president and to demand his reinstatement.

The two largest pro-Morsi sit-ins have been staged in Rabaa al-Adawiya Square in eastern Cairo and Nahda Square in Giza.