most shops owned by Kenyans of Somali descent had been broken into and looted. 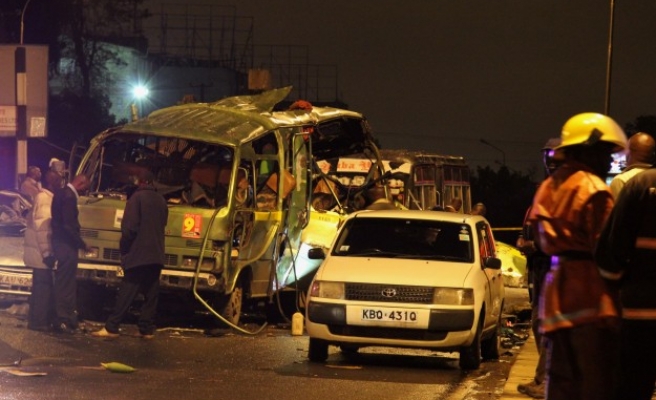 "Our officers on the ground reported that a number of buses heading to Garissa town were stoned by demonstrators," police spokeswoman Zipporah Mboroki told The Anadolu Agency by phone on Wednesday.

"Several [bus] passengers were injured. We acted swiftly to contain the situation and provided escorts for at least nine buses," she said.

Mwingi County, which is inhabited by mainly ethnic Kamba people, lies between Nairobi and the predominantly ethnic-Somali Garissa County, to which the buses had been headed.

"Our bus was smashed with stones and we were forced to dash back to Ukasi – several kilometers away from Mwingi – for our safety," Abdirizak Ahmed, a manager with the E-Coach shuttle, told AA.

He said nine other buses had subsequently been escorted by police to Garissa.

Muhamud Garrey, a Mwingi resident, confirmed that most shops owned by Kenyans of Somali descent had been broken into and looted.

"All Somali-owned shops were closed today. There is a lot of tension. We don't know how long we can live like this," Garrey, a trader, told AA.

Kenyan Somalis reside mainly in the country's northeastern region, where at least 64 people were killed in two deadly attacks – both of which were claimed by Somalia's Al-Shabaab militant group – within the past two weeks.

Kenya has recently been hit by a spate of attacks that authorities typically blame on Al-Shabaab, which continues to demand that Nairobi withdraw troops currently deployed in Somalia.