An influential Islamist group that signed a power sharing deal with Somalia's government in March this year has withdrawn from the administration. 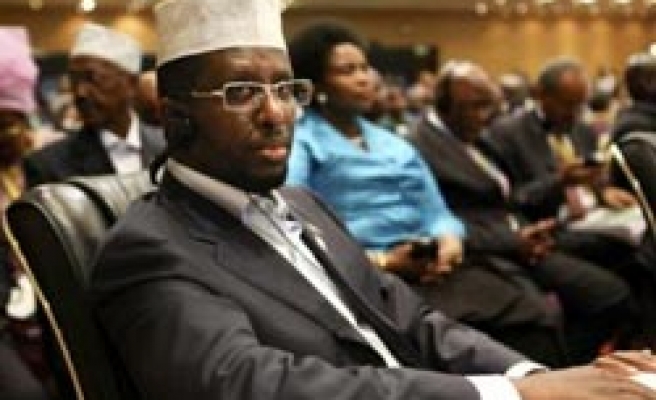 An influential Islamist group that signed a power sharing deal with Somalia's government in March this year has withdrawn from the administration, days after the prime minister quit.

Sheikh Abdullahi Sheikh Abu Yusuf, the spokesman of the Ahlu Sunna Waljamaca (ASWJ) told Reuters on Saturday the group had left the government after its failure to meet certain agreements reached when they agreed a power-sharing deal.

The group accused the administration of planning to abolish it and called for a reconciliation conference.

"From now on, we as Ahlu Sunna Waljamaca declare that the treaty we have signed with the government in Addis Ababa has ended," the spokesman Yusuf said.

"The government itself has caused that. We were not in Sharmarke's government or any other next government. We shall continue fighting against the al Shabaab and Hizbul Islam to keep our controlled areas peaceful."

Before joining the government, ASWJ militia group had pushed back rival groups al Shabaab and Hizbul Islam in central Somalia, and its entry into government was meant to ease the tensions in the poor African country.

Somalia's Prime Minister Omar Abdirashid Sharmarke resigned on Tuesday. The lack of progress against Shabaab attacks is threatening to topple the administration.

ASWJ had no cabinet members in the government of the departed PM despite being promised five when they joined earlier this year. They have warned that Sharmarke's departure will only worsen Somalia's critical situation.

"We urge holding a reconciliation conference to bring Somalis together to get an effective authority that can rid the country of terrorists and foreign fighters," Yusuf said.

ASWJ is made up of moderate Sufi Muslims, in a country with a rich Sufi tradition going back five centuries.

Two armed groups have been fighting the Horn of Africa nation's government since the start of 2007 and the Western-backed administration has been hemmed into a few blocks of the capital Mogadishu since a rebel offensive last May.