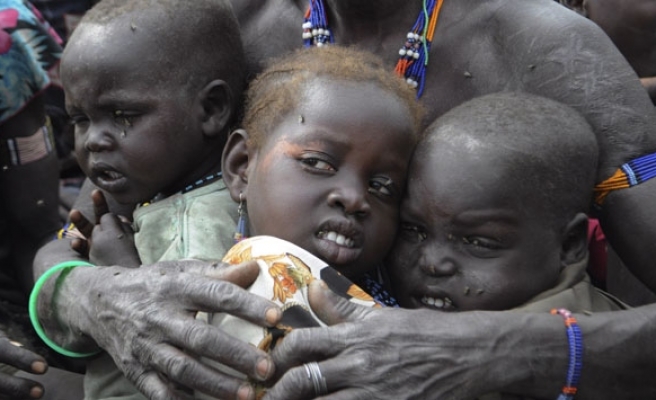 Sudan has agreed to allow humanitarian aid to civilians in rebel-controlled areas of two war-torn border states where aid groups have warned of an impending famine, the African Union and Sudanese state media said on Saturday.

Fighting in South Kordofan and Blue Nile has forced hundreds of thousands of people to flee their homes since last year, the United Nations and aid groups say.

The clashes broke out between government forces and rebels of the Sudan People's Liberation Movement North (SPLM-N) around the time South Sudan declared independence last year.

Aid groups and the United States and have said the fighting has reduced the usual harvests in the two states, which could face massive food shortages as stocks dwindle.

The African Union, United Nations and the Arab League proposed a plan earlier this year to secure the delivery of aid to both states, but Sudan had rejected the proposal, saying it had the humanitarian situation under control.

On Saturday, the state-linked Sudanese Media Centre reported the government had accepted the proposal in order to "relieve the distressed conditions in which citizens live in the areas under SPLM-N control".

The African Union welcomed the deal in a statement and said it was willing to contribute monitors and other personnel and urged "all those responsible to ensure that it is effectively and fully implemented without further delay".

The conflict in the two states is rooted in decades of north-south civil war in Sudan. The civil war ended with a 2005 peace deal that paved the way for South Sudan to declare independence last July.

But partition left tens of thousands of fighters who had battled against Khartoum north of the border.

Malik Agar, head of the rebel umbrella Sudan Revolutionary Front (SRF) which includes the insurgents in Blue Nile and South Kordofan, told Reuters this month dozens of people were dying each day due to lack of food and medicine.