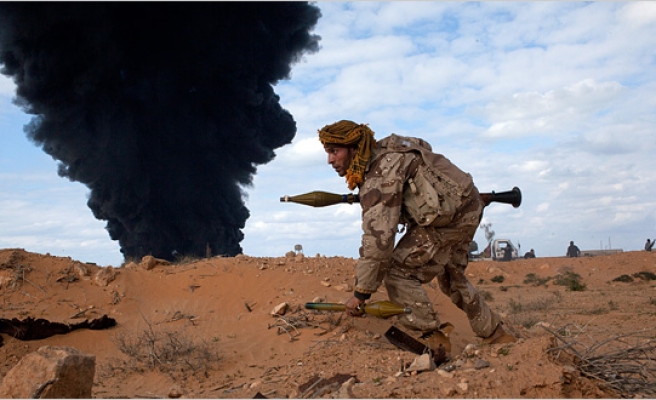 At least four people, including a mother and her child, were killed by airstrikes carried out Sunday by an unidentified warplane in Libya’s eastern city of Derna, according to officials and eyewitnesses.

A local official told Anadolu Agency that the aircraft had carried out a number of dawn raids targeting the coastal city’s Bab Tobruk district.

"Four people were killed in the strikes, including a mother and child," the official said.

According to the same source, two members of the Mujahideen Shura Council, the city’s de facto ruling body, were also killed in the airstrikes.

Libya has remained in a state of turmoil since a bloody rebellion -- part of the 2011 "Arab Spring" uprisings -- ended in the ouster and death of longtime ruler Muammar Gaddafi.

Since then, the country’s stark political divisions have yielded two rival seats of government, each with its own institutions and military capacities.