Kenyan police estimate that some 50 gunmen were involved in the attack, but admit that none have yet been arrested. 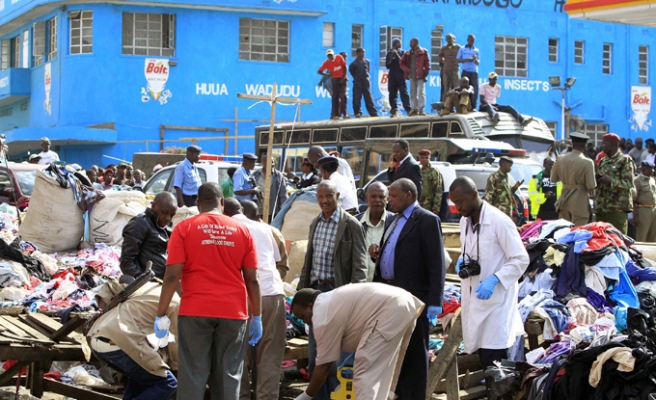 Somali militant Al-Shabaab group has claimed responsibility for Sunday's bloody attack on the Kenyan town of Mpeketoni near border with Somalia.

In a Monday statement on its Somalimemo website, the militant group described the attack as a revenge for the "brutal oppression of Muslims in Kenya through intimidation and extrajudicial killings of Muslim scholars".

At least 53 people were killed when militants stormed the sleepy town at 8pm, attacking a local police station, looting its armory and spraying residents and police with gunfire.

The attackers also torched three hotels where patrons had come to watch the World Cup.

Kenyan police estimate that some 50 gunmen were involved in the attack, but admit that none have yet been arrested.

Al-Shabaab said that its fighters "fully secured the town for ten hours, destroying much of it and leaving many dead".

The militant group went on to threaten further attacks in Kenya, warning foreign tourists against visiting the East African country.

"As long as you continue to invade our lands and oppress innocent Muslims, such attacks will continue and peace will no longer be in Kenya," Al-Shabaab said. "Do not ever dream of living peacefully in your lands while your soldiers continue to kill innocent people in our land."

Al-Shabaab have in the past claimed responsibility for attacks inside Kenya, threatening to continue targeting the East African country until it withdraws troops – dispatched in 2011 – from Somalia.

The Kenyan government on Monday linked yesterday's bloody attack by suspected Al-Shabaab militants on the sleepy town of Mpeketoni near the border with Somalia to unnamed politicians, accusing the latter of inciting the public against the government.

"I wish to caution political leaders [who are] inciting the public to desist from their destructive politics and ethnic profiling; otherwise, they will be prosecuted," Cabinet Secretary for the Interior Ole Lenku told a press conference in Nairobi.

"As government, we will bring perpetrators of this [attack] and inciters to book," Lenku, whose portfolio includes internal security, asserted.

Lenku did not explain the link between politics and politicians to Sunday's attack. Nor did he name the politicians in question or say when or where they had "incited" the public.

The cabinet secretary was asked by one reporter if he was referring to opposition leader and former premier Raila Odinga.

"His history is a book Kenyans have seen, read and known. His political activities [are] in the public domain," Lenku responded rapidly without identifying Odinga by name.

Odinga is alleged to have been behind a 1982 coup attempt, led by Kenyan Air Force officers, which had aimed to topple the government of then-president Daniel arap Moi.

"Whether this is linked to politics or not is something that is here to be verified," said Lenku. "But we don't rule it out. We shall come back to you very shortly to tell Kenyans who did this."

"The government will not allow an individual to continue putting lives of Kenyans at risk, exposing the country to unnecessary pain, and even jeopardize our economy," the official said.

Lenku confirmed that 20 vehicles had been set ablaze at the site of the attack, noting that security in the area had since been stepped up.

He added that security forces were currently combing a nearby forest in search of the gunmen.

"The attackers are believed to have entered the Boni Forest. We are searching for them," Lenku said, referring to a game reserve near the border with Somalia.

"I want to assure Kenyans that perpetrators of this heinous act will be pursued to face the full force of the law," he added.