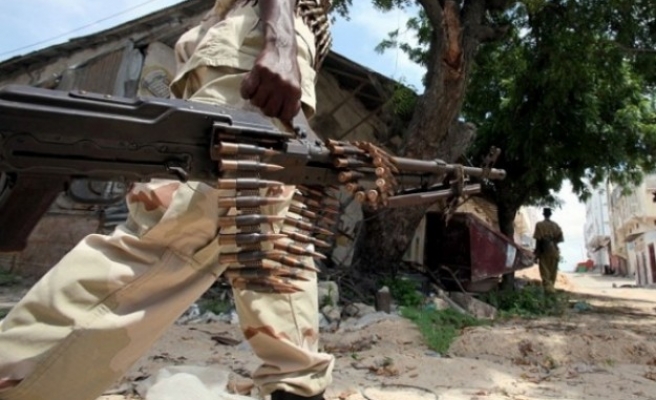 Somalia's Al-Shabaab insurgents claimed Wednesday to be holding Ugandan troops hostage after an attack last week, although Kampala has said all its troops are accounted for.

"The soldiers are in jail," Al-Shabaab spokesman Abdiaziz Abu Musab said in a statement broadcast on the Al-Qaeda-linked group's Radio Andalus, but gave no further details on the alleged hostages.

"They are healthy, we will provide their names, ranks and other details very soon," he added.

Uganda has said 12 troops with the African Union Mission in Somalia (AMISOM) died in the attack, with no prisoners taken, after Al-Shabaab militants overran a military camp in southern Somalia on September 1.

However, Western military sources said at least 50 AU soldiers from Uganda were believed to have been killed and another 50 were missing.

Ugandan army spokesman Paddy Ankunda responded that "Western sources on fatalities in Somalia are wrong." AMISOM has in the past denied and downplayed soldier casualties.

Somalia's Al-Qaeda affiliate, which has recently lost a string of key bases in the face of an AMISOM offensive, said the attack was revenge for the killing of seven civilians by Ugandan troops at a wedding in the town of Merka in July.

Witnesses said the Al-Shabaab took over the camp, looting weapons stores and loading corpses onto trucks. The group has previously gathered the bodies of dead soldiers for use in propaganda videos.

Still photographs from a Al-Shabaab propaganda video of the attack show fighters looting weapons and raising their black flag over the base.

Several dead bodies are shown, but there is no evidence of the 50 men the Al-Shabaab boasted of killing.

The Al-Shabaab have captured foreign armed forces before, including Kenyans and a French security agent, Denis Allex. Some have been killed, others released unharmed.