Al Shabaab confirmed for the first time that their leader Ahmed Godane was killed in a U.S. aerial bombardment earlier this week and named a new leader as Abii Ubeyda Ahmad Omar 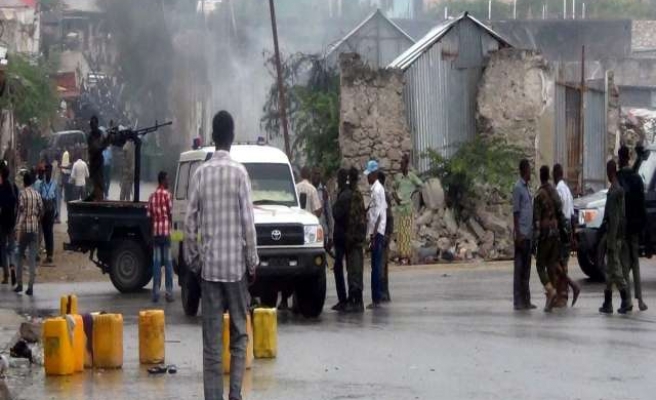 Somalia's Al-Shabaab late on Saturday confirmed the death of its commander Ahmed Abdi Godane along with another leader it did not name by a U.S. drone strike earlier this month.

It added in a statement that it had chosen Abii Ubeyda Ahmad Omar, a little known leader, to succeed Godane.

Al-Shabaab vowed in a statement that it would maintain war against the "invading crusaders", in an apparent reference to African troops acting to root it out along with the Mogadishu government troops.

The movement also vowed to deal "painful" blows to the U.S. and its allies in retaliation for the killing of its commander.

On Friday, the United States said Godane was killed by a drone strike in the remote Somali Lower Shebelle region on Monday.

Somalia's President Hassan Sheikh Mohamud said Godane's death signaled the destruction of a pillar of the war against his country.

Kenyan President Uhuru Kenyatta lauded the U.S. for killing Ahmed Abdi Godane, saying the "wonderful" news of Godane's death came while Kenya was still recuperating from an attack by his militant movement on Kenyan soil, one that claimed the lives of 67 people.

“A year ago this month, armed terrorists entered the West-gate mall and committed some of the most savage crimes ever perpetrated on Kenyan soil,” the Kenyan President said in a statement.

He added that his country had prevailed at the end by tending to the wounded victims, burying those who had lost their lives, and vowing not to let this tragedy change the life of its people or their values.

Kenyatta said the killing of the Al-Shabaab commander is a stark reminder that those who live by the sword shall perish by the sword.

"We owe the United States, and its soldiers, our heartfelt thanks for bringing an end to Godane's career of death and destruction," the Kenyan President said.

He added that the operation finally allows Kenyans to start their healing process. He noted that his country and its allies would do everything possible to secure the region and prevent further attacks.

Kenyatta said he would join his countrymen in remembering the victims of the West-gate mall attack.

"We will stand in solidarity with the victims of the West-gate attack for whom Godane's death provides a small measure of closure,” the President said.