The Algerian government has yet to officially respond to the request by the U.S. and France. 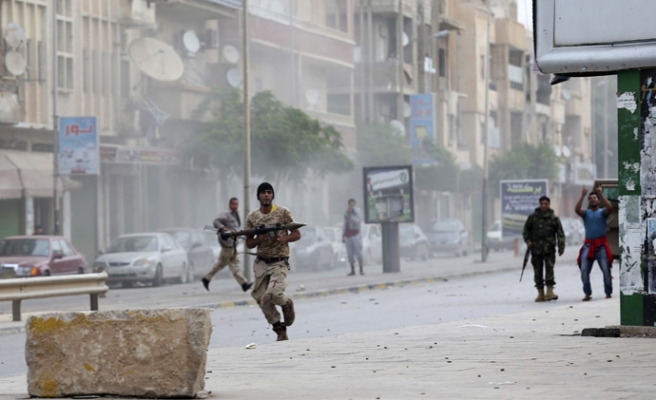 Algeria is studying requests by the United States and France to "facilitate" military operations against militant groups in next-door Libya, an Algerian security source said on Tuesday.

"The U.S. and France have both asked Algeria to open its airspace to surveillance planes and other military planes transferring commando units for a reconnaissance mission in parts of Libya," the source, requesting anonymity, told Anadolu Agency.

He added that the U.S. and France presented the same request to "other states near Libya."

The Algerian government has yet to officially respond to the request by the U.S. and France.

On Tuesday, French Defense Minister Jean-Yves Le Drian called on the international community to take a decisive action in Libya, which he said was becoming a 'hub for terrorist groups'.

Egypt, which also shares another border with Libya, has recently denied plans for a military intervention in Libya to halt violence in the troubled Arab country.

Libya has been plagued by heavy fighting between a loosely organized army and militias that clung to their weapons following a bloody uprising that ended the autocracy of long-serving ruler Muammar Gaddafi in 2011.

The capital Tripoli has been the scene of fierce clashes between warring militias over control of several vital facilities in the city.